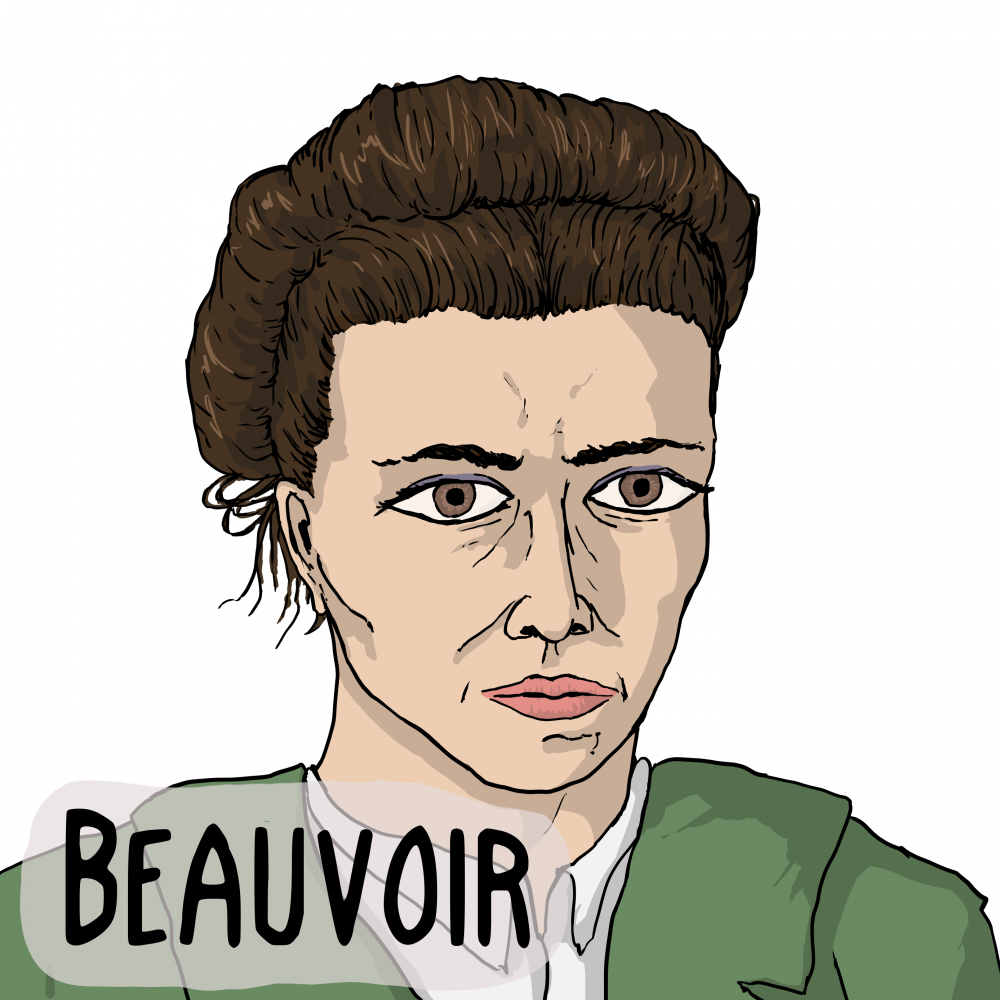 On Simone de Beauvoir’s The Second Sex (1949): the intro, conclusion, “Woman’s Situation and Character” and parts of “Lived Experience," with guest Jennifer Hansen.

According to Beauvoir, Woman (the "kept" woman of history that was still common in her time and not unheard of now) is conceived of by society (and hence by herself) as "Other." Men created society, own all the property, and get to make the decisions. A woman's life revolves around marriage and child-bearing; she doesn't get to have any freely chosen projects and thus never gets to participate as a Subject in the existential quandaries of existence. She's already defined as an object, as a thing-in-itself. This 800-page text goes into great detail about the situation of women and about the historical-cultural factors behind it.

We get into the existential/Hegelian analysis of this situation, into her use of Freudian developmental explanations (well, she's actually reacting against Freud by insisting that gender differences result from social forces, not biology, but talking about child development in a vaguely Freudian way is still relevant), the source of stereotypes of women, and what might be involved with addressing the more damaging differences in the way boys and girls are brought up.

We read the Borde/Malovany-Chevallier translation, which you can purchase or try this version someone posted online.

The sections we read using that edition are:

We're planning a second session for ep. 234 dealing with a couple of additional chapters.

If you enjoy this, listen to our previous Beauvoir episodes on The Ethics of Ambiguity, including Jenny's previous appearance on the Aftershow. Read things that Jenny has written.

Continue with part 2 or get the unbroken Citizen Edition. Please support PEL!

Sponsor: Give effectively through givewell.org/PEL.