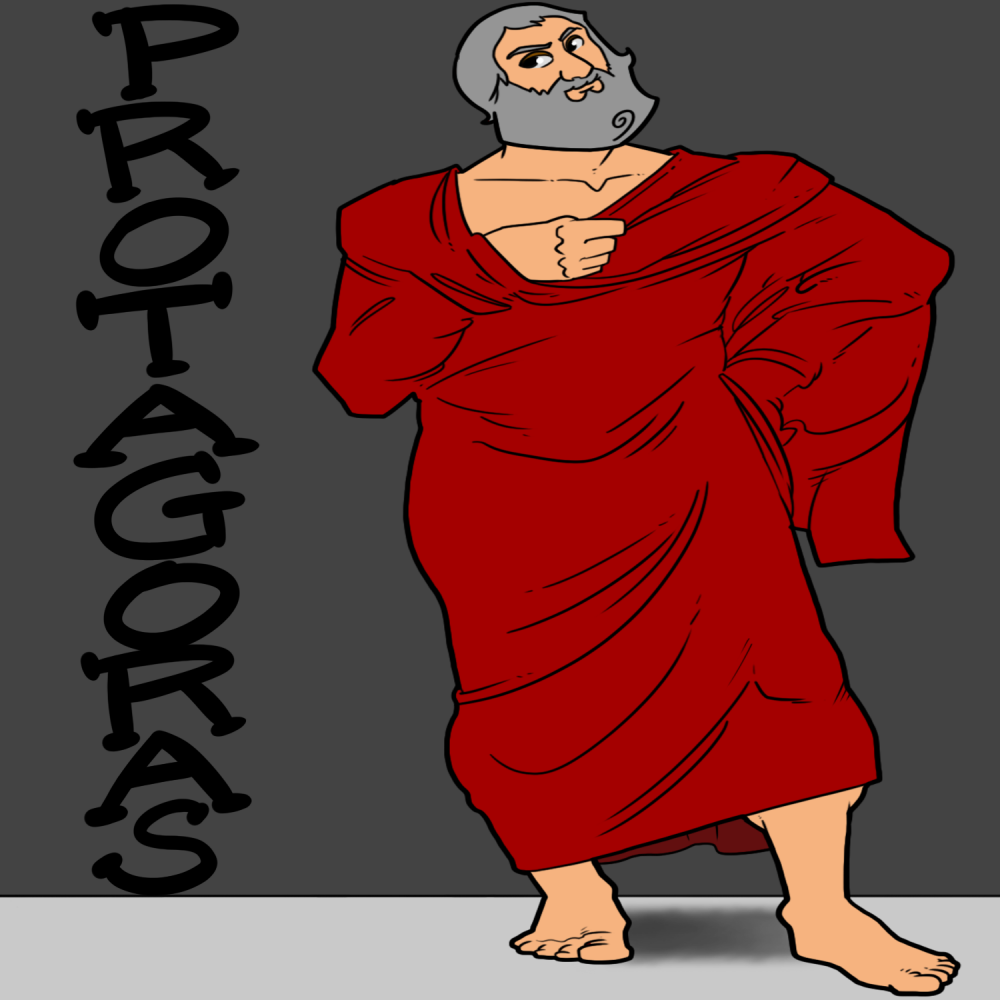 On the Platonic dialogue written around 380 BCE about an encounter between Socrates and one of the leading Sophists of his day.

What is virtue ("the political art" according to Protagoras), and can it be taught? What are the relations of the various virtues to each other? Do they really amount ultimately to one and the same thing, i.e., wisdom?

For once in a Platonic dialogue, Socrates's opponent is given quite a lot to say, and says it pretty well, so the first half of our discussion largely concentrates on Protagoras's long speech arguing that yes, the thing that he claims to teach can in fact be taught. After all, isn't the whole process of socialization about teaching kids to be good citizens?

Socrates, though, doesn't like such long speeches, and threatens to just go home if Protagoras won't play his question-and-answer game instead, after which Socrates immediately gives a long speech himself, perhaps in parody of the Sophistical style. He then uses the "are all the virtues really one thing?" question to prove that Protagoras doesn't really know what virtue is, and so probably shouldn't claim to teach it.

The dialogue ends in a tangle: Socrates has been arguing that all virtue comes down to wisdom. Even courage, which seems like it could be a virtue of some seriously dumb people, isn't really courage qua virtue (as opposed to mere boldness, foolhardiness) unless it's a sensible reaction to real threats, which involves knowledge of those threats. But if virtue is really knowledge, doesn't that mean it's teachable after all? So Socrates ends (as he admits, befuddled) arguing for the position that he had started off the dialogue by doubting.

You won't find much of the "man is the measure of all things" Protagoras here; this is all about ethics, not epistemology (that famous slogan of Protagoras is considered in a not-very-charitable way in Plato's Theaetetus.)

You can get the translation we officially chose (with a lengthy introductory interpretation of the dialogue) by R.E. Allen in The Dialogues of Plato, Volume 3: Ion, Hippias Minor, Laches, Protagoras (Vol 3)