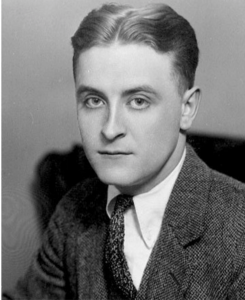 There was some element of loneliness involved—so easy to be loved—so hard to love.

-Tender is the Night

This episode we are reading Tender is the Night by F. Scott Fitzgerald. Reflected upon by Ernest Hemingway: “…in retrospect, Tender is the Night gets better and better,” which came a good time after his first comment to F. Scott: “Not as good as you can do.”

The novel follows the emotional demise and world of Dick Diver. Diver, a Yale-educated psychiatrist, and his wife, Nicole—once his patient and a diagnosed schizophrenic—are extremely well-to-do (thanks to Nicole’s family), and are living as expats in the French Riviera. While there, Dick meets Rosemary Hoyt, a teenage movie actress phenom whose beauty and innocence attracts him despite his commitment to Nicole. He ends up having an affair with Rosemary, as his identity and sense of meaning fall apart. As Dick suffers, Nicole gets stronger and leaves him for another man. After they divorce, Diver returns the U.S.—to work in obscurity.

The book is written in 3 non-linear sections detailing the evolving, internal, suffocating weaknesses of Dick Diver––as a husband, as a doctor, as a man. Fitzgerald once said: “A whole lot of people just skimmed through the book for the story,” [he] complained, “and it simply can’t be read that way.”

“…it was as if for the remainder of his life he was condemned to carry with him the egos of certain people, early met and early loved, and to be only as complete as they were complete themselves.”

-Tender is the Night

Join Nathan, Cezary, Laura, Jennifer and Daniel, as we tackle this intriguing novel—and try to make sense of sentences such as:  “Like most women she liked to be told how she should feel…” as well as the meaning of the title, which was taken from John Keats’ poem Ode to a Nightingale.

It was noted by the critic, R.W.B Lewis about Fitzgerald’s prose: "His words are never in love with themselves.”

Hear more Phi Fic..
Thanks to Allan Bowley for help with audio.
Thanks to Christopher Nolen for the music.