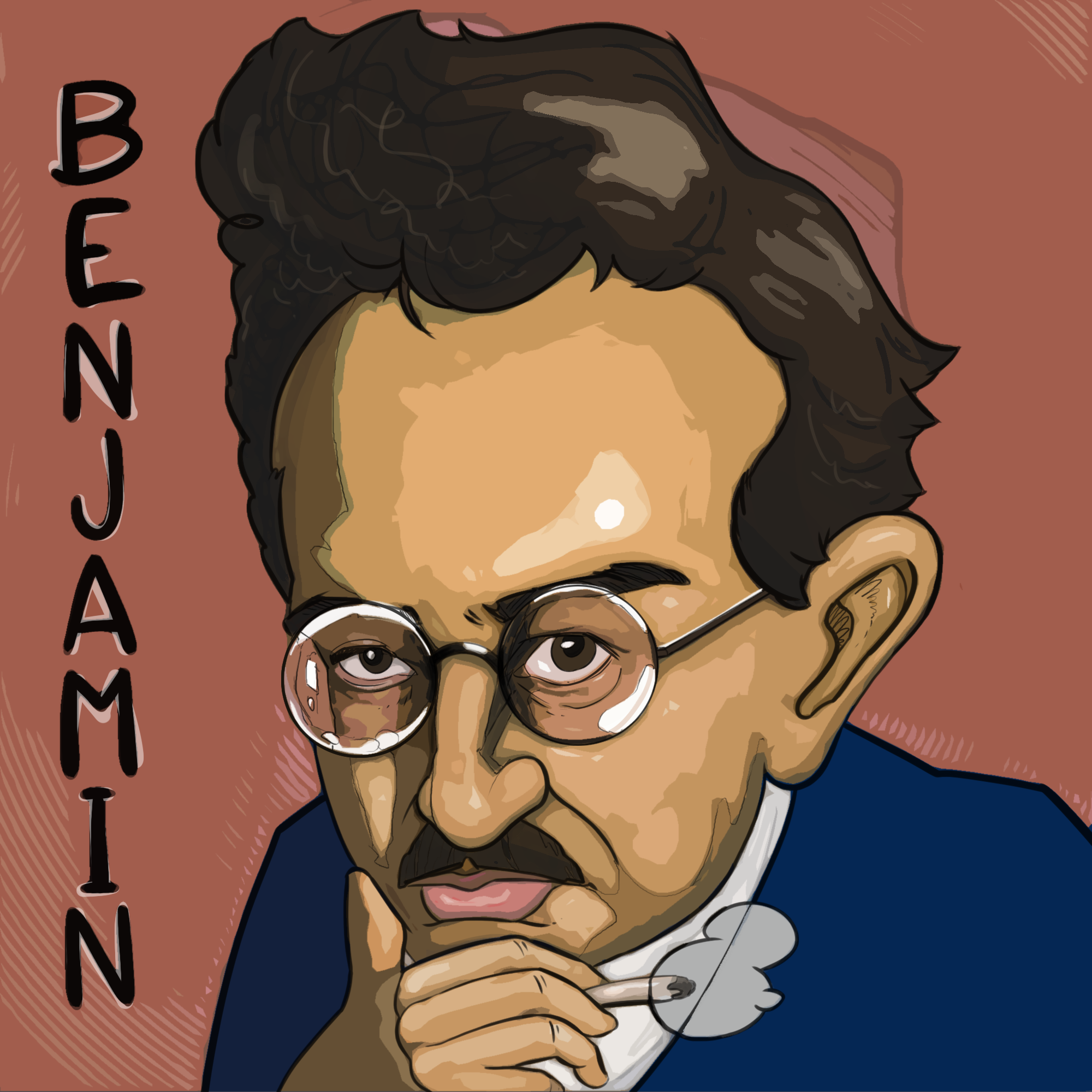 What is violence? Walter Benjamin (pronounced "Ben-Ya-Meen") breaks down the phenomenon into four types and then shows why these are not really distinct after all.

First, any state is always established, he says, through at least some violent acts, so this is law-making violence. Not only does one group subdue another, but then everyone signs a treaty or constitution or something to ratify that subdual.

Second, once you have a state, that state defends itself through retaining a monopoly on legitimate violence. The police, the courts, the military all practice law-preserving violence.

In practice, these can blur together. The police in particular, for the sake of "keeping the peace," regularly exceed the mere enforcement of existing law, besides which, all laws are general and need to be interpreted to apply to particular, concrete situations. Benjamin says that they're really practicing law-making violence of a sort as well.

The third type is mythical violence, such as when in Greek mythology, some haughty mortal brags about being superior to the gods in some respect (Benjamin mentions Niobe) and is then stricken. Benjamin analyzes this not as the gods trying to maintain some code of conduct, and so punishing those who contravene it, but as gods showing off their power. This, says Benjamin, actually provides the model for state power too. While a government might declare that it's merely keeping its citizens' behavior within certain bounds for their own good, the fact that this is backed by a threat of violence reveals the ultimate game: It's about the state asserting its own power. Power backed by violence in fact has its own dynamic, its own force; there's a self-perpetuating character intrinsic to violence that subsumes any leaders' attempt to use violence as a "mere means" to its ends.

This attempt to use means-ends analysis to evaluate violence is for Benjamin the whole problem with traditional analyses. We think that if the end is good (e.g., this is a "just war"), then violence is a legitimate option to pursue that end. We might even think that an agreement without an (ultimately, eventually violent) enforcement mechanism is just a piece of paper not worth anything. But Benjamin is arguing (pretty obliquely) that this voluntary, unenforceable agreement is really the best we can get, that our salvation lies in verbal communication and social, non-violent sanctions. He had been reading a bunch of anarchists at this point (he's chiefly reacting to Georges Sorel's 1908 book Reflections on Violence), but does not tell us in this essay what kind of society he's actually shooting for here. His critique is negative: There is something rotten at the core of all existing governments, and that something is the violence inherent in the system.

The fourth type of violence provides what Benjamin takes to be a limit case, and his explanation here has confounded commentators including us. He distinguishes from the mythological violence described above "divine violence," which he describes as expiating (atoning for) sin: "pure power over all life for the sake of the living." Benjamin's philosopher's God, which like that of Spinoza does not exhibit human-like qualities like the gods of mythology do, punishes to educate: Thou shalt not [whatever the prohibition is], and if you do, this is what happens to you. The punishment becomes so impersonal that it's no longer punishment, but just cause and effect.

Benjamin sees this kind of violence as transcending means-end analysis because it's not about cementing god's power; it's essentially an act of nature itself, but with a moral dimension. So why isn't this just a bit of theology that we can ignore? Why is this relevant to serious political philosophy? Well, for the record, in Benjamin's later work, he dismisses this whole notion as a mere limit case, disconnected from practical matters, so maybe we shouldn't sweat too much over this, but let's play along for the moment. He uses the idea of a strike to illustrate what this "limit" amounts to.

In an ordinary workers' strike, the workers abrogate some of the state's power. They stop working and make some demands, and while the state could just permit them all to be fired and replaced, on Benjamin's analysis the state doesn't do this out of fear of insurrection. The workers are essentially extorting benefits out of their employers, and the state permits this out of fear for its own survival. So a strike, even one where the workers are just nonviolently refraining from work, like a law, is ultimately backed by the threat of violence. When the workers get what they want, they go back to work. Some amount of power has passed from one elite group (the bosses/the state) to another elite group (the union).

The more widespread the strike, the more extortion is involved. A general workers strike makes it impossible for people (who would benefit from the workers' service) to attain what's necessary to live. But what if the explicit goal of the strike was not to attain some particular benefits, some particular transfer of power, but to unseat the state altogether, so that the result was not merely transfer of power from one (underlyingly) despotic state to another (as in the case of the French Revolution) but to a stateless future? This kind of strike, which would likely involve both implicit and explicit violence, Benjamin imagines could be seen as comparable to divine violence. It would redeem us. The problem (and again, this is Benjamin talking in later works about this idea) is that no would-be revolutionaries would actually know that this is the kind of revolution they're actually engaged in. It's only from a later, historical perspective that a particular revolution could be identified as having been violent in this divine (as opposed to merely mythological) manner.

We picked this essay because it's discussed explicitly by Judith Butler in her book The Force of Nonviolence discussed on our previous episode. She advises that we just ignore the part about divine violence and focus on first, the fact that what counts as "violent" or not depends on a certain social frame, so that a state will call any act that threatens its power as violent even if there's no physical fighting involved. Second, following Benjamin, Butler thinks we can always choose nonviolence, that any lasting accord is going to be one that's truly voluntary, that we can't preclude violent violation through a violence-backed agreement, but that instead it's our word that provides the only—albeit very imperfect—tool we have for advancing productive cooperation and peaceful coexistence.

We mention two secondary sources (beyond the Butler book) that help situate the essay within Benjamin's body of work (this was early; he later became more explicitly Marxist) and provide some interpretation for the very difficult end of the essay: "Notes on the Thought of Walter Benjamin: Critique of Violence" by Signe Larsen and "Towards a Politics of 'Pure Means': Walter Benjamin and the Question of Violence" by Sami Khatib.