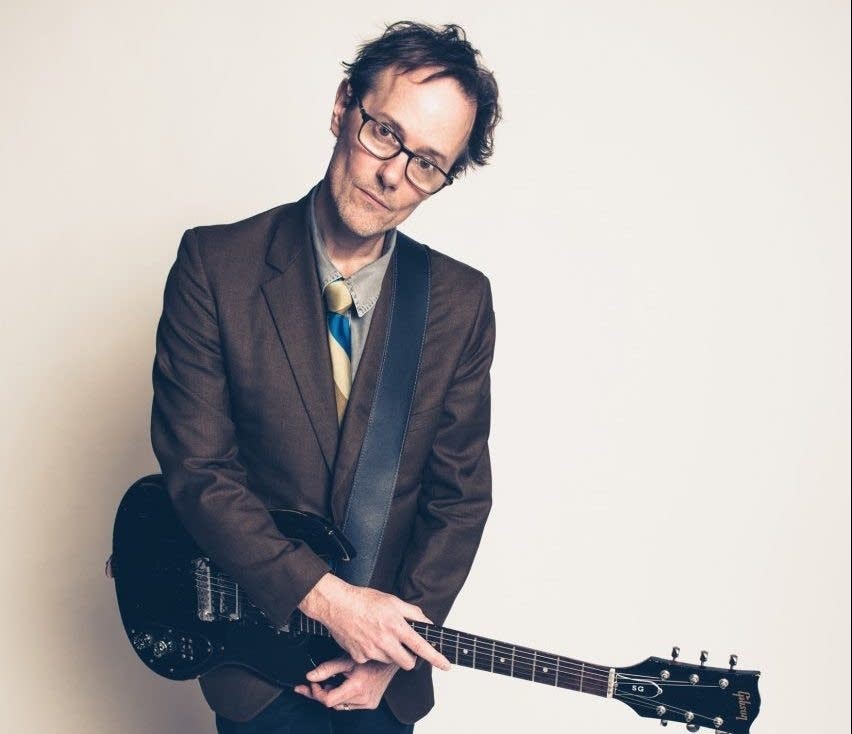 Matt led the razor-sharp Trip Shakespeare in the '80s, releasing his first album with them in '86, got signed to a major label by the early '90s, but then stepped back while his brother and co-Tripper Dan Wilson went on to hits with Semisonic, Adele, etc. But by '98 Matt was back to the front with a solo album, spent many years with co-Tripper John Munson (first as The Flops then Twilight Hours), and has now released his first album as Matt Wilson & His Orchestra (with harp and banjo!), When I Was a Writer.

We discuss "Decent Guy" and listen to the title track from that album, look back to "Dreams" by Twilight Hours from Stereo Night (2009) and "Sun Is Coming" from his solo album Burnt, White, and Blue (1998). Intro/outo: "Toolmaster of Brainard" by Trip Shakespeare from Are You Shakespearienced (1989). For more see minneapolismatt.com.

Hear all of "Toomaster of Brainard," and watch Matt and Dan playing this live in 2010. Here they are in their live prime in 1988, and here they are as major label gods (with Dan singing) a couple of years later. To round things out, here's more live footage featuring baritone Dan Munson belting the lead and the brothers singing pretty harmonies.

Here are The Twilight Hours live in 2016, and here's the full living room show of the Matt Wilson & His Orchestra record release. Here's the official video for another great song off the new album, "Come to Nothing." Watch the video for "When I Was a Writer."

Sponsors: Visit betterhelp.com/nem (offer code NEM) for 10% off your first month of online counseling. Visit masterclass.com/EXAMINED for 15% off a MasterClass All-Access Pass.