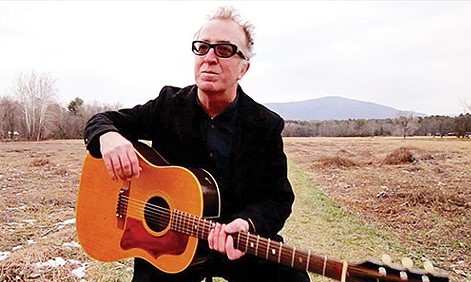 Chris emerged in the early '90s fronting the melodic Gunbunnies and then again as a member of the noisy Skeleton Key, but he’s best known for being half of the production team Elegant Too, producing music for Inside Amy Schumer, Bob’s Burgers, Malcolm in the Middle, etc. Since 2014 he’s returned to form with a pair of solo albums.

We discuss two songs from 2012’s New Store No. 2, the title track and “Most of What I Know I Learned from Women.” We then talk about Elegant Too and their work with They Might Be Giants (feat. Doughty) on “Mr. Xcitement” from Mink Car (2001) and also working with St. Vincent on the Bob’s Burgers tune “Bad Girls” (2013). We conclude by listening to Chris’s “Imaginary Man” from Arkansas Summer (2016). Intro: “Stranded” by Gunbunnies from Paw Paw Patch (1990). Outro: Elegant Too’s theme for ESPN’s 30 for 30. For more see maxwellsongs.com and elegatnttoo.com.

See and hear many more of Elegant Too’s clips (including that ESPN one) on their Vimeo page. Check out their ambient album as well as other tracks by Chris on his SoundCloud page. That second Gunbunnies album that was only mixed and released much later and which Chris is says is better than the first is called Great Big Diamond.

Here’s Skeleton Key with Chris live on MTV in 1997. Watch the video for “Stranded.” Watch the videos for “Walking Through Water” (that Miles-Davisy tune; you can also see it live) “Birdhouse” (the opening track) from the new album.