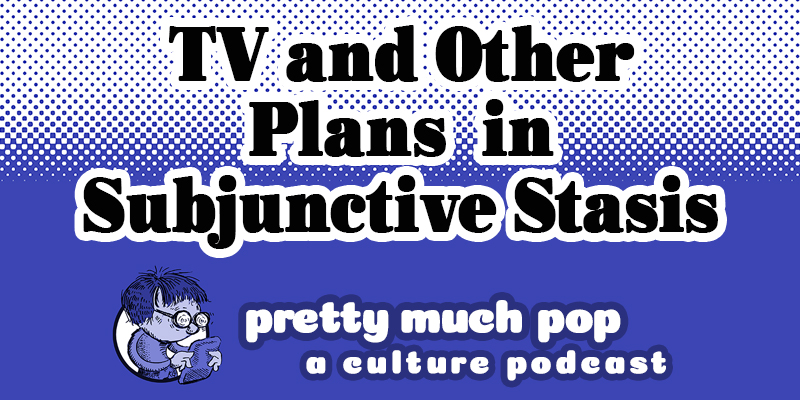 You've planned and planned for your big event, and WHAM, the plague hits and you're frittering away your day worrying and watching TV.

Our plans for this episode were postponed when virus-related matters caused our intended academic guest to be occupied by the frantic creation of online coursework and so cancel on us. So we did as we so often do, talking about possibilities for future episodes, like maybe one covering what people are watching during lockdown, and whaddaya know, somewhere in the middle of recording that deliberation of a hypothetical episode, we realized that we'd gone ahead and done something approximating it in actuality. Life is what happens when you're busy making other plans, I guess.

We also talk about a new podcast by Erica where she interviews her mother. She's just released the first episode: OK BOOMER: Wisdom from a Boomer to a Millennial.

Also, yes, Margot Robbie as potential Joe Exotic is a thing. Since that discussion only took us half an hour and kicked off with the sentiment that we should have our audio editor Tyler Hislop (whom you doubtless recall from our first episode and our video role-playing games discussion) back on with us to talk about pandemic matters, our episode here concludes with just that: Mark interviewing Tyler to get another perspective on what one might do during quarantine: play video games (Destiny 2, Final Fantasy 7 Remake, Plague Inc.), read the same thing your now-long-distance significant other is reading, and watch TV (Buffy the Vampire Slayer).