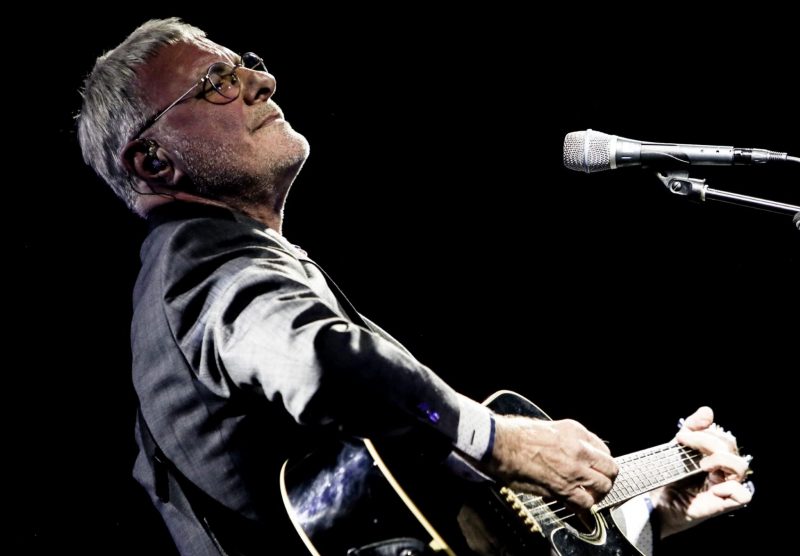 Steve started fronting Cockney Rebel in the early '70s and has released a dozen albums of of narrative-driven, tuneful songs.

We discuss "Compared with You (Your Eyes Don’t Seem to Age)" and listen to "Only You," his two originals from his new solo album Uncovered (2020) then look back to "Faith & Virtue" from Stranger Comes to Town (2010) and Cockney Rebel's "Bed in the Corner"/"Sling It" from The Psychomodo (1974). Intro: "Make Me Smile (Come Up and See Me)" by Steve Harley & Cockney Rebel from The Best Years of Our Lives (1975). Learn more at steveharley.com.

Watch the 1975 video for "Make Me Smile" and how he plays it live now. His other big hit was the operatic ballad "Sebastian." Here's that original Cockney Rebel line-up performing. Hear the original version of "(Love) Compared with You." Here he is showing you that new, acoustic interpretation of The Beatles' "I've Just Seen a Face." Here's another relatively recent original tune, "A Friend for Life." And, yes, there is video evidence of his involvement (before the actual musical was staged) of Andrew Lloyd Webber's Phantom of the Opera. And for more evidence of his 1980s activity and celebrity hobnobbing, listen to him singing a duet with Yes's Jon Anderson on a song written by Mike Batt for a charity event.

Visit masterclass.com/EXAMINED for 2-for-1 on MasterClass All-Access Pass.