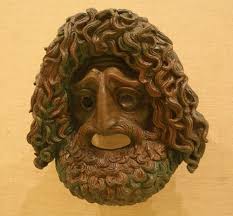 This is my first song written in quite a while, and the most essay-like. In case you wanted to actually read the essay, here it is:

The structure of a tragedy is firm, and there will be no change
You need some grievable lives, bigger than life, but still relatable

There has to be a situation where, it’s like they’re programmed by
Their characters, good characters, to do some things that are ill advised

And there’s no therapy or 12 steps, no deep healing or relief
Though maybe compensation in the abstract to rebalance karma

So watching gods might nod their heads at wisdom in the system they ac-
-cept no blame for, feel no shame for. Maybe it’s above their pay grade

If the fates weren’t stacked against you, you could elevate your pain
But your character’s not character enough to bring amusement to them
Only genius archetypes will make them cry
All us normal schmucks can just go silently die

All these systematic ills, too boring to relate that give us
Cancer, maybe Alzheimer’s and viruses and broken hearts

The structure of a tragedy is firm, and there will be no change
As long as we are living, there is loss, and it’s how you take it

Maybe don’t exalt your suffering except when making art, which is
A pastime, a distraction; its truth is always partial
Still, the contours of your life are as worth tracing as any old king’s
So don’t let them tell you that you’re less than or buy into some anti-
Democratic view of art where someone’s skill obscures what art is
It’s a form of breathing, of excreting, a form of being, no more and no less
Reflections, we need reflections, we need refractions, coming from all directions
That’s how we make sense we need, what sense there is for taking

I remain largely opposed to the idea of doing philosophy novelty songs, like we just received an email from Hannah Hoffman who's done some clear, educational presentations of topics like Euthyphro and the trolley problem. I just can't (or don't want to) record schoolhouse-rock-type expositions; I have to actually feel something, and if that means I mangle the position through jokiness or by not giving it the reasonable, consider-both-sides approach I'd make in an argument, then so be it.

I also don't think I've stumbled here on some formula for doing these en masse, much as I'd like a shtick to incentivize me to record a whole album in this vein. Musically, this is too much in the same vein as my "contemplative" songs like this one and this one and this one. I prefer my songs to have a hook, and this is probably not one I'd ever do with a live band. But still, it's good to really let my geek flag fly here and try a new way of cramming all my thoughts into a package that I hope is pleasant, even if it'd probably be more dramatically effective if I just stopped it after 3 minutes.

This was recorded in one roll of the tape, though in a couple places I messed up, and so stopped and continued the song, editing out the flub. I recorded it the night I wrote it, and certainly the back half could have used a little more practice to tighten it up and get all the syllables in their most dramatically effective locations. I also thought about having some light strings harmonies or something come in partway through just to break things up but ultimately opted to go for simplicity to let the words be as comprehensible as possible without any bells and whistles to distract, just like on those first couple Bob Dylan albums (which I find sort of tedious).

If folks find this kind of thing helpful or valuable and not simply self-indulgent, let me know and I may just get my head in gear to do this kind of thing more regularly, i.e. keep thinking after the episode about whatever point is most tearing at me and try to get some singable thoughts down. In this case, I had a melody as was coming up with the initial lines. The latter verses were written more freely, and when I sat down with a guitar and worked out the first verses and chorus, I then had to rephrase those latter parts to fit into the rhythm, which meant jettisoning some of it. I feel like I've been too beholden to Dr. Seuss-type rhyming throughout my years of songwriting, and doing it this way allowed me to break out of that (the "cry" and "die" lines were added during the guitar stage, replacing some lines from later in the essay). Is it possible for a lyric-based writer like me (meaning that I'm not just going to go all instrumental at this point) to entirely abandon rhyming and hooks and still have something that anyone wants to listen to more than once? I'm not sure.