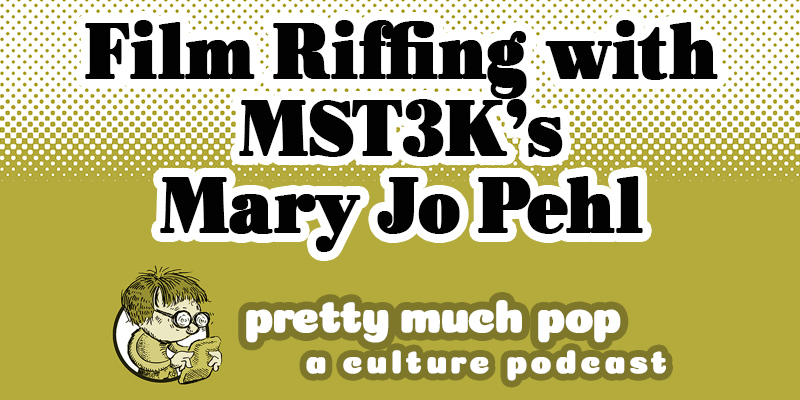 We live in a commentary culture with much appreciation for camp and snark, but something special happened in the early '90s when Mystery Science Theater 3000 popularized this additive form of comedy, where jokes are made during a full-length or short film. Mary Jo Pehl was a writer and performer on MST3K and has since riffed with fellow MST3K alums for Rifftrax and Cinematic Titanic.

Mark, Erica, and Brian briefly debate the ethics of talking over someone else's art and then interview Mary Jo about how riffs get written, developing a riffing style and a character that the audience can connect with (do you need to include skits to establish a premise for why riffing is happening?), riffing films you love vs. old garbage, the degree to which riffing has gone beyond just MST3K-associated comedians, VH-1's Pop-Up Video, and more.

Here are a some links to get you watching riffing: 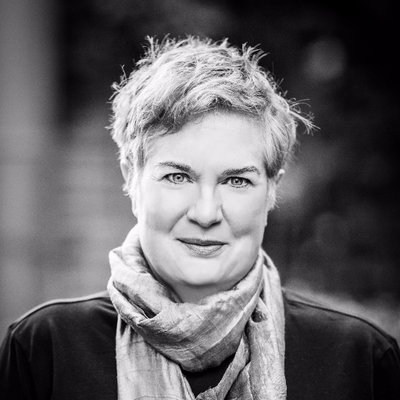 Different teams have different styles of riffing, so if you hate MST3K, you might want to see if you just hate those guys or hate the art form as a whole. The alums themselves currently work as:

Here are a few relevant articles:

Also, PROJECT: RIFF is the website/database we talk about where a guy named Andrew figured out how many riffs per minute are in each MST3K episode, which character made the joke, and other stuff. If you'd like to go through all the other iterations I've listed above and figure out their riffs-per-minute rating, be my guest.

Speaking of obsessive-compulsive disorder, Mark in prepping for this episode wrote riffs for half of this 1937 short and actually wrote out a taxonomy of riff types (e.g. references, non sequiturs a character might say during a scene, meta-observations about the scene, mockery of cinematic technique, combinations of the above), but it's all too embarrassing to really share with you all, so perhaps you'd like to step up and use your imaginations to finish that important work.

This episode includes bonus discussion that you can hear now by supporting the podcast at patreon.com/prettymuchpop.