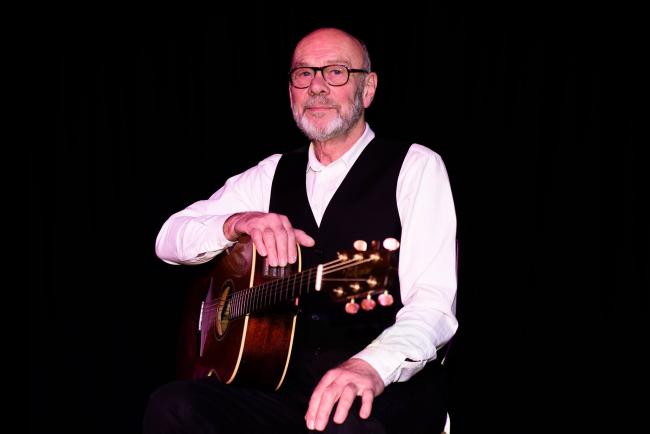 Rick played bass on 15 albums with Steeleye Span between 1971 and 2016 and had released five solo albums since 1996 (plus another with his then-wife Maddy Prior).

We discuss "Race Against Time" from Perfect Blue (2018) and two Steeleye tunes: "Cromwell's Skull" from Dodgy Bastards (2016) and "Samain" from They Called Her Babylon (2004). We conclude by listening to "Bachelor’s Hall" from Steeleye's All Around My Hat (1975). Intro: "John Barleycorn" from Present - The Very Best of Steeleye Span (2002). For more, see rickkemp.co.uk.

Here's Rick live at a recent solo gig. Here's a song he wrote for he and Maddy to sing. Here's Steeleye live in 2004 doing one of their most Gregorian number, "Gaudete," with full harmonies throughout. Here's a full live set from back in 1974 with the "classic lineup." Here's the full performance of "John Barleycorn." On their original Below the Salt version of that song from 1972, Tim Hart sang lead. Here's a recording he made recently with the bluesy group Burgess, Nicol & Kemp. Here's the social commentary song "Phoenix" that he refers to in the interview from his first solo album.

If you enjoy this, please check out my other Steeleye Span interview, #27 with Peter Knight.