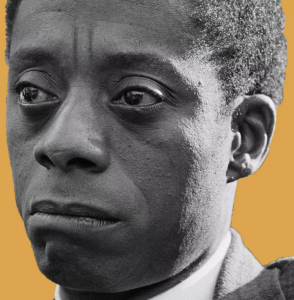 Join us with Mark Linsenmeyer in a previous discussion on two short stories by James Baldwin: “This Morning, This Evening, So Soon” and “Sonny’s Blues.” Both are included in the collection Going to meet the Man (1965).

This is an unprecedented and critical time to listen to this remarkable man.

We highly recommend Baldwin's famous debate with William F. Buckley as well as "Raoul Peck’s 2016 Oscar-nominated documentary ‘I Am Not Your Negro’ [which] brilliantly channels the righteous antagonism of Baldwin’s vision of the American dream." (https://www.theringer.com/2017/2/2/16043470/i-am-not-your-negro-raoul-peck-oscar-nomination-james-baldwin-d53738d8e0ca)
If you have thoughts, recommendations, or questions that you want to send our way, please do via phificpodcast@gmail.com.
Hear more Phi Fic.
Thanks to Christopher Nolen for our music.
Special thanks to Mark Linsenmayer for being our guest! And if you haven't already done so, check out the PEL's James Baldwin on Race in America episodes.
Photo from Magnolia Pictures.