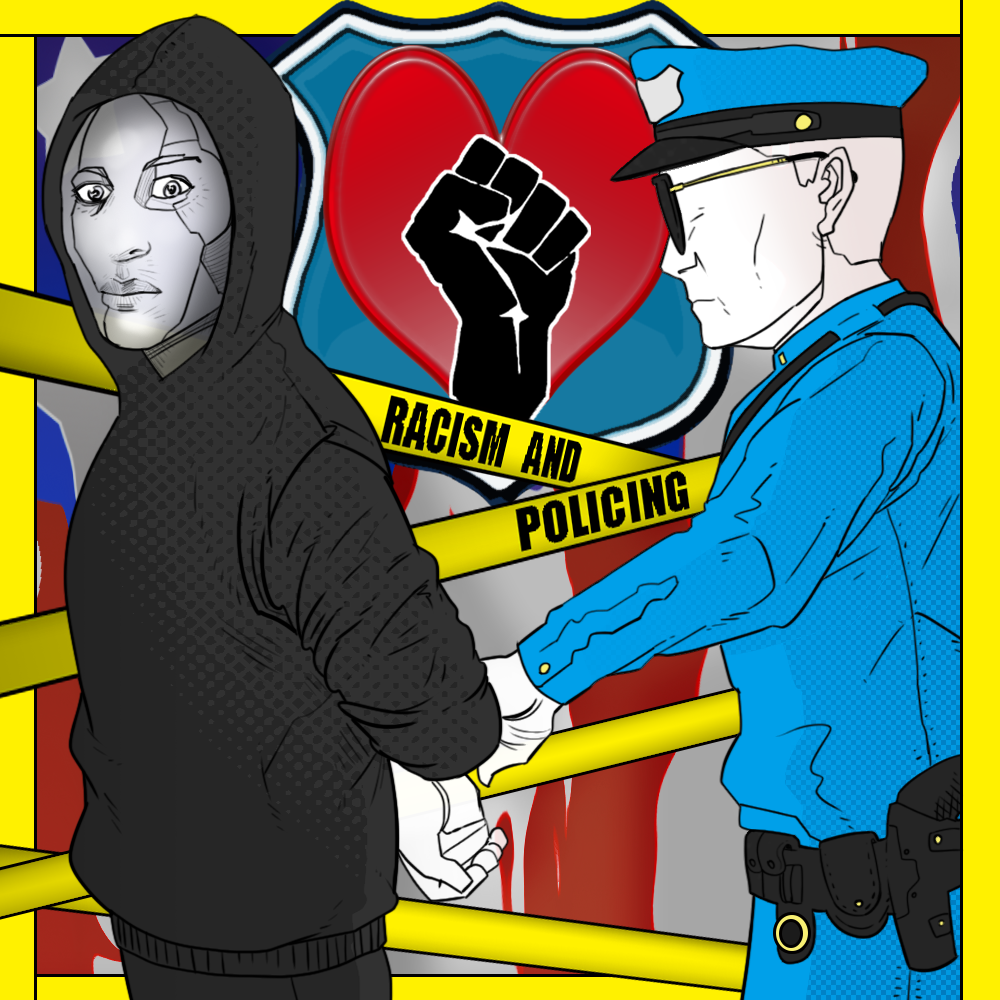 On Alia Al-Saji’s “A Phenomenology of Hesitation: Interrupting Racializing Habits of Seeing” (2014), Maurice Merleau-Ponty's “The Spatiality of One’s Own Body and Motility" from Phenomenology of Perception (1945), Linda Martín Alcoff’s “Identity as Visible and Embodied” and “Perception" sections from Visible Identities: Race, Gender, and the Self (2006), and ch. 1 of Alex Vitale's The End of Policing (2017).

Is there such a thing as subconscious racism, and if so, how could we possibly root it out and fix our policing problems? Mark, Seth, and Dylan are joined by ex-cop Phil Hopkins to look at what phenomenology might contribute to these issues. Merleau-Ponty claimed that "knowing how" is prior to "knowing that," that bodily comportment is our primary way of being oriented in the world. We're not disembodied minds that just have beliefs about the world, so changing behavior can't just be about changing beliefs.

Alcoff applied M-P's thought to talk about identity, race, and gender: We see according to schemes and categories that are shaped by our experience as bodies. Per DuBois and Fanon, being black in a racist society means seeing yourself as objectified.

Privilege, by contrast, is an "ontologically expansive" way of comportment: You see your own judgments about things as objective, and narcissistically project yourself into the world. This on the one hand can result in treating others as objects or as pre-categorized. A police officer with a military mindset perceives everyone as potential criminals and may prejudge classes of people as essentially criminal. He sees his job as having to control the situation, so even momentary defiance becomes a threat to that control.

The other way this privilege manifests, ironically, is through humanism. The idea that color is only skin-deep, and we're all the same sounds great, of course, and is in very important and obvious ways true. But that can mean that we fail to see genuine otherness, in particular the fact that people of color have this historically grounded experience of objectification. The attempt to "see eye to eye" with someone may mean that you're actually imputing your own viewpoint to them and so judging them as you'd judge yourself.

Al-Saji uses Alcoff and M-P to outline a productive approach, and she articulates it in two ways. She sometimes describes her program as critical-ethical vision. The "critical" part is about uncovering the social bases for our habits of seeing. If white supremacy is baked deep into our culture, then it might require more than saying "Racists were wrong! Everyone's equal!" to stop seeing according to racialized patterns. The "ethical" part is about retaining the good part of humanism: We don't want to see people as merely victims of their social circumstance, because we all act in our own way in response to these circumstances; we're all moral agents.

One illustration Al-Saji gives for this is the outrage that Westerners often feel at seeing someone wearing a veil. We see this as a symbol of injustice, of a woman being caged by an oppressive culture, and we feel righteous indignation. It would be surprising to most of us to be called "racist" on the basis of this reaction, but this is exactly the challenge that Al-Saji is giving us. After all, the people we'd consider overt racists experience their racism as moral outrage too. She describes her European husband as having this very reaction, but this lessened as he lived around her family, some of whom wear veils, and understood them as individuals with complex, idiosyncratic relationships to the practice. He could eventually understand them as wearing veils with their moral agency intact, not merely as members of a victim class, but this was not a matter of merely "changing beliefs" about the situation. Al-Saji wants us to "see with" others, to expand our communities of seeing so that we're not stuck in our preconceptions.

The second way she puts this is in terms of hesitation, which means literally stopping to interrogate your own habits of seeing, and so loosening those habits. It's like mindfulness, but not if that means stopping and applying some doctrine (compassion or Stoicism or remembering the no-self or anything like that), but being open to real Otherness, to the unexpected, to what people actually have to say for themselves. Al-Saji thinks this can be done without becoming more tentative, more timid (i.e., the way that women are already taught to hesitate and yield as they move around in the world). Instead of walking around in a fixed role (e.g., a cop looking for criminals), we open ourselves up to think and act differently.

These were the readings that Phil brought in for us. He uses them to teach an Embodied Self class to undergraduates, and has also run anti-racism seminars and has done some advising of law enforcement. But as he readily admits, there's a great deal of distance between these philosophical insights and actual police reform. The Vitale book (which we didn't address in much detail at all) describes past efforts to train police to be less racist or violent as largely failures, so adding Al-Saji's formulas to a new round of training is not likely to be all that effective either. As Phil emphasizes based on his experiences as part of law-enforcement culture, it's the culture itself that needs to change, which is of course very difficult. The hope is that a better understanding of how beliefs and behavior interact will help here.

The Al-Saji article is a chapter in Living Alterities: Phenomenology, Embodiment, and Race, Emily Lee, ed. (2014). You can read it here. Buy M-P's The Phenomenology of Perception (we read p. 137–147, i.e. part 1, section 3). Purchase Alcoff's Visible Identities; we read p. 102–113 and 187–189. Verso Books is offering Vitale's The End of Policing at a severe discount; we definitely recommend it.

You can continue with part two, or get the full, ad-free Citizen Edition now! Please support PEL!