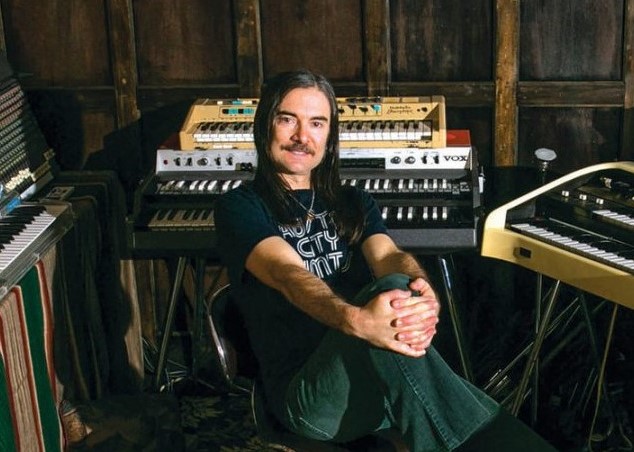 Roger rose to fame as keyboardist/songwriter for Jellyfish in the early '90s, then formed Imperial Drag, The Moog Cookbook, TV Eyes, backed Beck, and finally released two albums under his own name starting in 2006. He's recently released a solo EP and one with The Likerish Quartet that reunites him with some other members of Jellyfish.

Roger's interviews to cover his Jellyfish and production work with Produce Like a Pro are here, here, and here. Here's the original video for "The King Is Half-Undressed." Watch Jellyfish live in Germany with the Lickerish Quartet guys. Here's Imperial Drag (Roger with Eric Dover) playing "Man on the Moon," the next song I would have added to this interview had there been time. Here's a video from Roger's first solo album. Watch the lyric video for "Lighthouse Spaceship" and a video made for the opening track of that EP, "Fadoodle." Here's a retro commercial for the EP.

Visit masterclass.com/EXAMINED for 15% off a MasterClass All-Access Pass and use code NEM15 at BuyRaycon.com/nem for 15% off wireless earbuds.