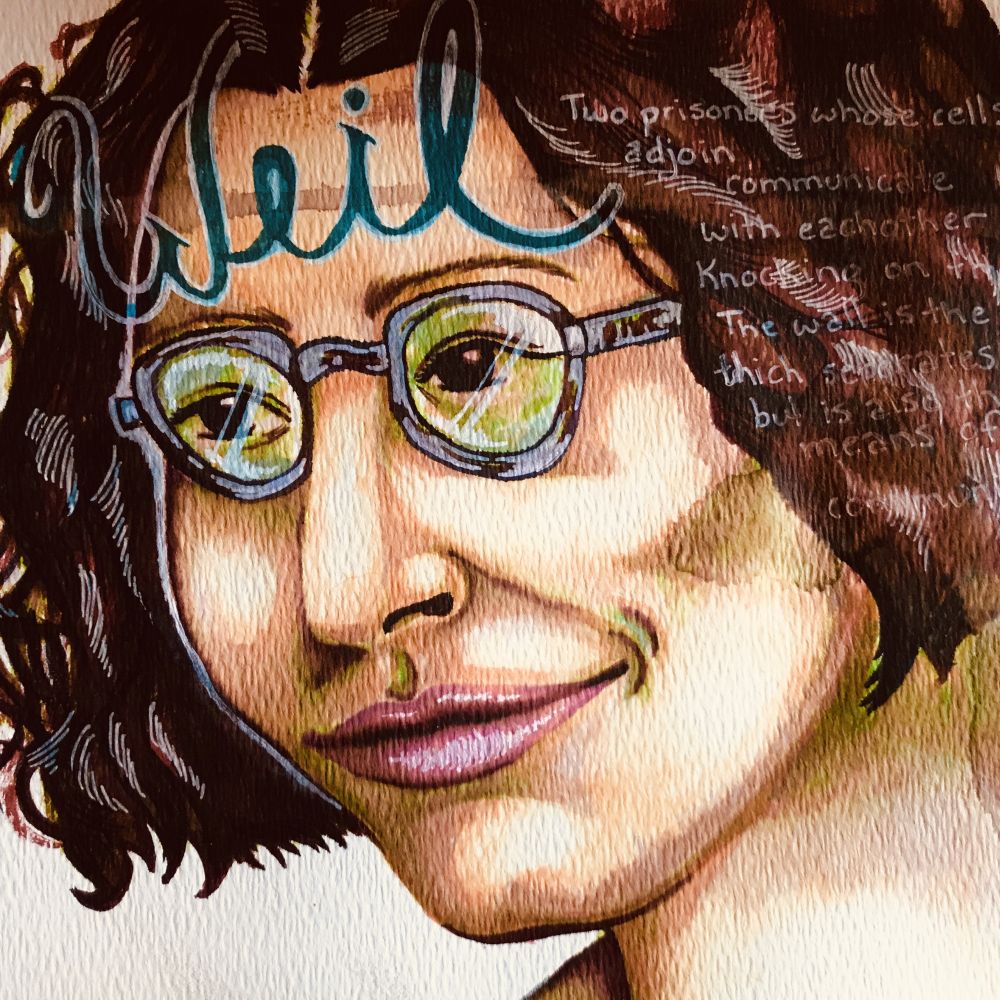 What are human needs that should drive what kind of society would be best for us? Weil says we need liberty yet obedience, equality yet hierarchy, security yet risk... and none of these words mean quite what you'd think.

For one, we need "order," and by this she doesn't mean a government exerting an iron fist, but a clear ordering of our obligations with a minimum of conflict between them.  It's not a matter of social convention but of something "eternal" (think Kant's categorical imperative, but she has a largely unstated religious basis for this insistence) that we owe each other consideration. If someone is in trouble to my right and to my left, and I can only help one of them, that doesn't remove my obligation to the one I wasn't able to help. A society can help here by clarifying my duties so that I know which to help, and can also work to make it rare that I'd be faced with such a dilemma. If a society declares, however, that one of the lives is not grieveable (to use Butler's term), like I'm only obligated to help my fellow countrymen, then it's doing damage.

A lot of the elaboration of these needs likewise turns into some specifications of optimal political circumstances, or more often present puzzles as to what society could possibly serve these extensive and complicated needs. We have a need for private property, but also communal property, so what sorts of social situations would optimize our opportunities for both kinds of experiences? We have a need to be obedient, but only to obey with consent: A dictator robs ironically robs us of the ability to obey in this way. We also have the need for leadership, at least some of the time. So what social configurations would optimally allow for these contrasting experiences? She denies Aristotle's "golden mean" as not actually fulfilling either need. What we instead require is to have each need fulfilled completely, but in alternation, so maybe we lead in one role that we play, but obey in another.

Her conception of societies, or really groups at any size and level of complexity, is that they should serve individual human needs. They are only valuable insofar as they are food for individuals. Creating a group, with its infrastructure and customs and functions, is a real achievement, and most groups do their members some good, so we should usually try to reform rather than destroy them, but they also exhibit pernicious tendencies like making their members conform in their opinions. Weil thinks that groups should never be allowed to excommunicate members based on what they believe. If a group is oppressive, it's not serving its function. In short, a group is our food.

Conversely, what is our responsibility toward a group? Just the same responsibility that we have toward food. If the food is in danger, and I must fight for the death for it lest everyone starve, then I should do that. But the group itself has no interests, no needs, no mind, no obligations, and while we should respect it for its function as food, there's no place for worship of the group or its representatives. We're all just human, and deserve the same amount of respect as human beings. We all exert that eternal obligation on each other, and groups should function in service of that, not to create hierarchies without function or oppress minorities or the like.

One of our needs is for truth, and because of that, she thinks that we have no right to lie to each other, and so while government should give us absolute freedom of thought and speculation, insofar as we're speaking to convince others, to effect political change, we can legitimately be prevented from hurting each other with words, which includes lying, irresponsible gossip, praising morally pernicious behavior. She really ends with a pretty restricted view of free speech despite her demand that free thought is absolutely necessary for us to to use our minds properly, and that being able to articulate ourselves is a necessary part of thought.

I've been describing "The Needs of the Soul" so far, which we go through at length (the public release for this episode will run over three weeks instead of the usual two; we recorded the last third of this discussion on a different day). Before getting to this, we considered the short fragment (about 6 pages) "Meditation on Obedience and Liberty," where Weil asks "why do the many obey the few?" Her answer: Because the many aren't organized and, because there are so many of them, they can't be, whereas the few that oppress them do organize themselves. But it's odd, isn't it, that if by practical necessity someone lords over us, because that person understands and controls the means of production or whatever the ruling apparatus is, that we naturally feel inferior as a result of this situation. This natural, detrimental hierarchy is what she wants to head off, even as she recognizes other kinds of hierarchies as actually fulfilling human needs for recognition.

This is merely part one of three, covering "Meditation" and only the very first of the needs. You don't want to wait for another two weeks to get parts two and three, do you? Get the full, ad-free Citizen Edition now. Please support PEL! Support for this discussion came from listener Charles, who dedicates it to Temple Grandin, whose work he describes as similar to Weil's. You might want to listen to our previous Weil episode before this one, but it's not really necessary.

Have you listened to Wes's (sub)Text podcast yet? It's great!