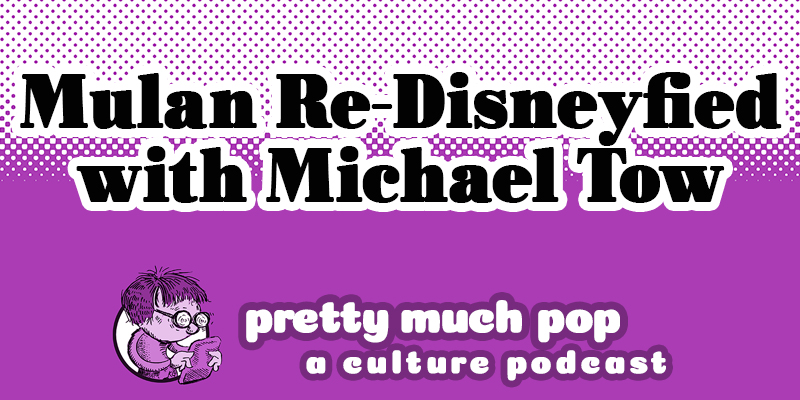 Is the new Mulan the equivalent for Asian-Americans what Black Panther was for African-Americans? The largest entertainment machine we have featured an all-Asian cast telling a traditional Chinese story aimed at the widest possible audience. Did it work?

Actor Michael Tow joins Erica, Mark, and Brian to discuss the development, aesthetics, and political controversies surrounding the film. The vision of feminism changed between the original poem from ca. 550 C.E. (“When the two rabbits run side by side, how can you tell the female from the male?”) to the present, and the “just be you” ethic (with your magical chi!) is not the norm for China in any period. Was the project in its very conception doomed to fall short of some of its goals? Was the live-action an improvement over the 1998 animated version?

Read the poem, and watch a reading of the illustrated 1998 Robert San Souci book Fa Mulan that the films were based on. There have been many adaptations of the story in China.

Other sources we read to prepare included:

Follow Michael on Twitter @michaelctow and check out his imdb credits. Michael hosted a Q&A with the Mulan cast shortly after the film’s release.