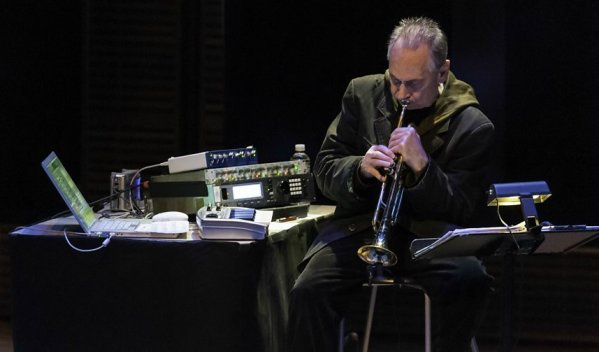 We discuss "Unknown Wish" from Seeing Through Sound: Pentimento Volume 2 (2020), "Manga Scene" from Listening to Pictures: Pentimento Volume 1 (2018), "Toucan Ocean" from Vernal Equinox (1977), and listen to the title track from Last Night the Moon Came Dropping Its Clothes in the Street (2009). Intro: "Chemistry" by Jon Hassell/Brian Eno from Fourth World Music I: Possible Musics (1980). For more see jonhassell.com.

To provide more insight into these recordings, Jon's bandmate Rick Cox chimes in. While he's ostensibly the guitarist, all the members also use keyboards, electronics, and processing, and the Pentimento recordings were culled from numerous live jams patched together, overlaid, and re-stitched, so it was very hard for either Jon or Rick to say exactly who was making what sound when. To hear more of my conversation with Rick, including a presentation of a song he was the chief architect on, "Fearless," from Jon's new album, go to patreon.com/nakedlyexaminedmusic and sign up to support the show.

Watch a whole live show from 2013. See the band in 2009 playing "Last Night the Moon Came" live. Here's a live tune by Jon and Rick with John Von Seggern. Listen to an album Jon did with Harold Budd and Gavin Bryars. See his band live in 1989. Hear all of "Chemistry." Jon and Brian Eno also played some live.