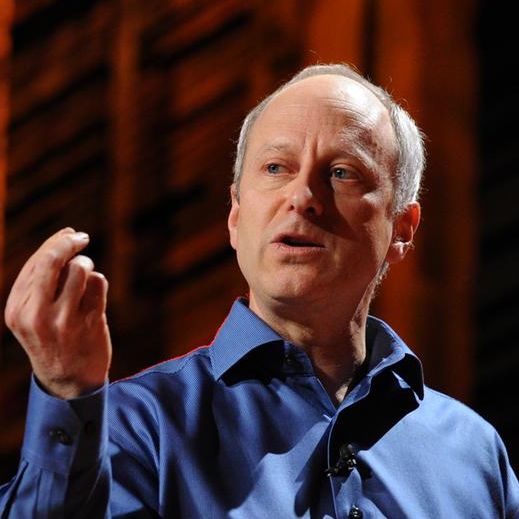 Previously, Michael Sandel argued for the necessity for public policy to be driven by ethics (see our ep. 97) and then applied this to argue against a purely market-driven society (see our interview with him for ep. 98). A society where everything is for sale seems obviously open to critique, but what about this idea that both of our political parties agree on: that society should be structured so that people rise in status based on their individual talents and effort, not on their class, ethnicity, or anything else superficial like that?

While Michael is happy to admit that meritocracy is better than a hereditary aristocracy, he doesn't think it's a sufficient basis for structuring a society. First, there's the liberal critique that the system doesn't actually work, that there's still bias, and much less mobility overall than Americans think. But much more fundamentally, even if we had a perfect meritocracy where talent and effort were always rewarded objectively, this would be dystopian. Why? Because it leaves the majority of society behind, labels them "losers," and in fact blames them for their failures. At least in a classed society, people are aware of the role of luck in giving them their station, but if your national ethic says that those making less money deserve less money, then you've got a lot of angry people ready to, for instance, vote for someone who makes them feel less humiliated.

This book is a diagnosis of our political ills: both parties believe in meritocracy, only Democrats think it still needs work to achieve, and Republicans think it's already functional. Neither of these positions properly values the common good. The pandemic has shown us that, for instance, "front-line workers" are undervalued by our market economy. Claiming that the vast inequalities of wealth and income are somehow justified by the fact that CEOs and hedge fund managers and the link work thousands of times harder than these workers is ridiculous. Offering an American Dream of possible escape from poverty by a select few while the rest are left behind is not enough. Emphasizing that "the more you learn the more you earn" promotes the prejudice of credentialing: that unless you have a college education, your contributions to society will not be valued. This is insupportable in a society where 2/3 of us don't have college educations. We all know people who despite being less educated, are more sensible, savvy, and/or wise than many college professors.

Besides which, hard work is never sufficient to rise: You have to have talent, which is not something that's under your control. You have to have a support system to buoy you. Even the energy to work hard is something that people naturally have different amounts of. Yet a meritocracy gives rise to arrogance in those that end up on top. They believe that they deserve their rewards, and this smugness makes them insensible of the needs of the rest of society, and makes the rest of society resent them further.

The emphasis on getting into the best schools, since that's what society deems as necessary for leadership, ruins the childhoods of the affluent and/or aspiring, leading to things like the college admissions scandal, helicopter parenting, and over-scheduled, over-worked teenagers who are trained into a hoop-jumping way of life that leaves them scarred and hyper-competitive when they finally enter adulthood.

So Michael has identified some things wrong with our national ethic. He thinks that we should place less emphasis on status and change the activities we revere so that these better reflect the moral value added to society rather than merely the financial value. Moreover, we need to think about justice not just as distributive--about who gets how much--but as contributive, since a fundamental part of our well-being is a feeling that we're contributing positively.

What can we actually do to bring about these changes? Michael has a list of legislative suggestions including changing college admissions practices, increased funding for trade schools, reducing the wealth gap through progressive taxation, and in general raising the common level of the least well off through both job creation and redistribution so that everyone can feel valued. Most importantly, though, changes in social ethics come through public discourse. Michael's book traces the rise of various rhetorical memes like "the more you learn, the more you earn" and "rise as far as your talents allow," and so this book is itself an attempt to discourage those ideas in favor of others.

Whatever the specific legislative solutions, we need to acknowledge the need for real dialogue about national values, and this can't be accomplished either by a social media environment where everyone is shouting past each other, nor a technocratic approach that pretends that the other side's disagreement is just a matter of their ignorance, and so the role of government should just be to give accurate information. As bad as misinformation is, correcting that will not be enough to achieve workable consensus. For instance, Michael points out that the most virulently anti-climate-science people are actually very well informed about the matter; it's not the case that as you learn more, you inevitably lean left, and in fact it's the least informed that don't have very strong opinions about the matter one way or the other.

Mark, Wes, Dylan, and Seth do a joint-interview/discussion for this first half, and we continue without Michael for the second half, trying to figure out how much social ethics concerning status actually can be changed and how to go about enacting change.

Buy the book. Read about the book in The Guardian, The New York Times, The Hill, and you can find many other interviews with him talking about this on YouTube.