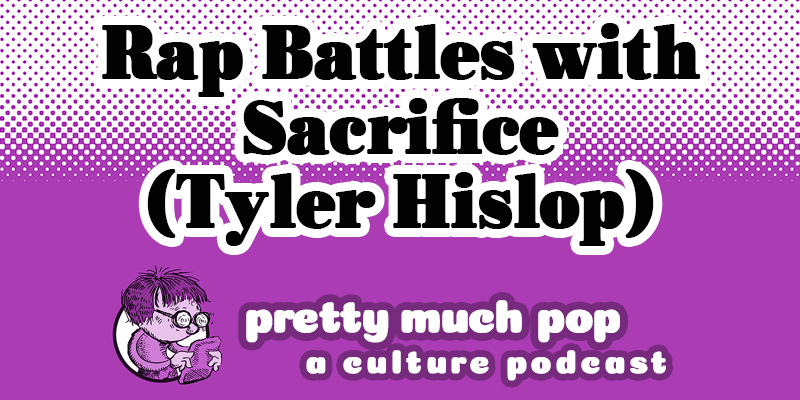 Mark, Erica, and Brian are rejoined by our audio editor Tyler to discuss a form of entertainment close to his heart: Priming the rhymes to deliver the crimes: an attack on the character, caring not what-you-wear, anywhere, hug-a-bear... man, battle rap is difficult!

So what are the rules? How does modern battle rap compare to free-styling and the beefs aired on rap albums (and insult comedy)? What's the appeal, and is it because of or despite the aggression involved? Battle rap is regarded as a free speech zone, where anything's fair game, but does that really make sense?

A few relevant films came up in the discussion:

Here are some matches Tyler recommended that also get mentioned:

Hear Tyler talk about his many rap albums on Nakedly Examined Music #24.

This episode includes bonus discussion you can access by supporting the podcast at patreon.com/prettymuchpop. This podcast is part of the Partially Examined Life podcast network and is curated by openculture.com.