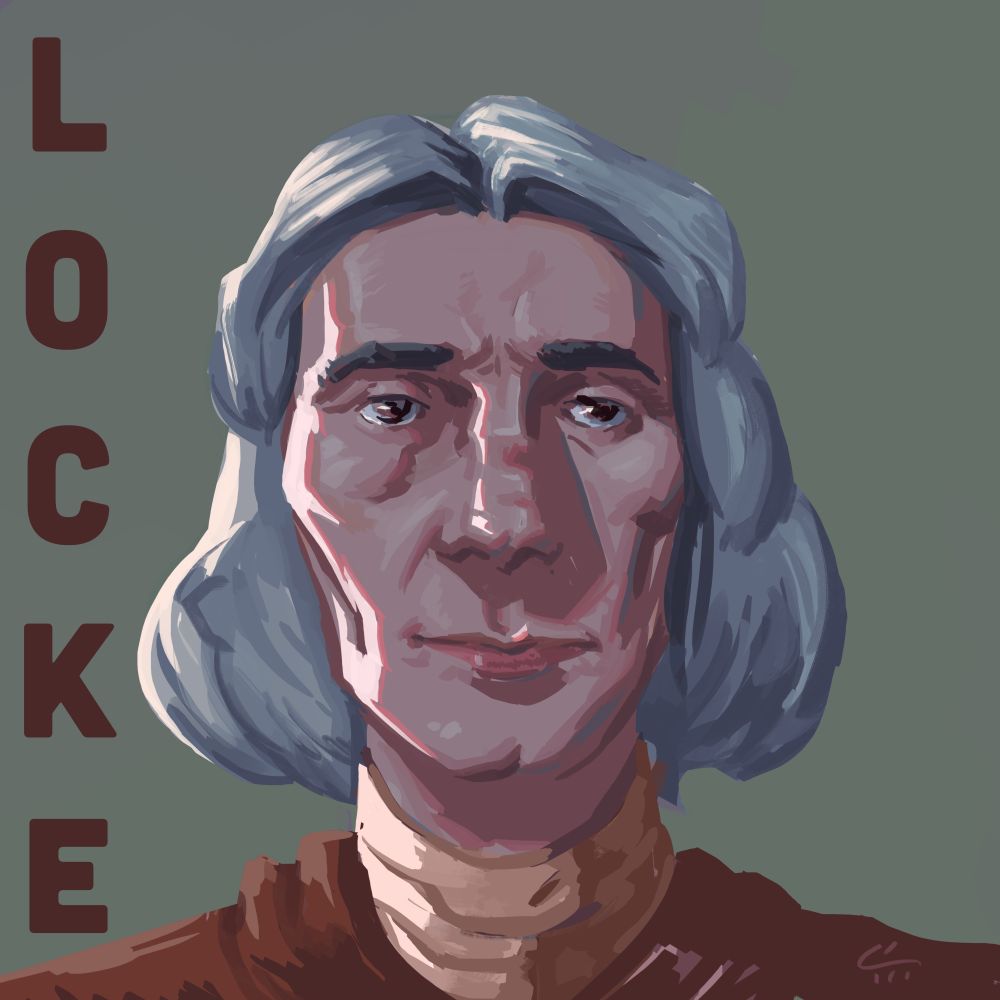 Simple ideas (as discussed in ep. 258) get complex rather quickly, perhaps as soon as you put them into words, and certainly as soon as you put them into a system. If I perceive the color blue, or a passing thought in my mind, a simple idea of this appears in my mind. If I then put it in the category "blue," so connecting it to lots of past experiences of blue; or if I recognize my thought as a "recollection," as opposed to a present perception or act of imagination, well, then those become complex ideas that Locke calls "modes." So there's the idea of something's being colored at all, then there's the particular modes of color: blue, green, yellow, etc.; there's the idea of thought, then there are specific modes of thought, of which recollection is one.

Some modes like blue and recollection are simple modes (even though, as we said, they're complex ideas), and they remain simple modes even when we add more of that idea to them. I can experience a certain distance--a centimeter--and then add centimeters together to make longer distances, even imagining distances longer than I could possibly detect with my senses. Those are all the same simple mode, i.e. distance.

Many of our complex ideas, however, are mixed modes, meaning they add elements from different ideas, and these include most actions you might observe in the world. While "movement" is a simple mode, "jogging" is a mixed mode, because it's not just something moving, but it also involves an intention; it's got elements from both perception and reflection in there. (Technically, contra to what we say on the podcast, all you need for a mixed mode is more than one idea involved; they don’t HAVE to be drawn from the different realms of inner and outer. However, it’s very hard to think of one that doesn’t involve both.)

All of these modes, no matter how complex, can be analyzed into component simple ideas. In this sense, they're free of philosophical confusion. It's only when you name them that you get things wrong: you call "green" what's really blue or call "jogging" what's really fleeing. Locke outlines several criteria for an idea's being legit: Is it clear? Distinct? Is it real or merely fantastical? Jogging is real, but centaur is fantastical, because I never did perceive such a conjunction of simple ideas. Is it adequate or inadequate? This is asking whether the idea in our heads captures all the there is to the thing referred to. Green and jogging and even justice (another mixed mode) are all adequate, because the mind (maybe not your mind, but somebody's mind) built them out of simple ideas. Is the idea true or false? Technically, only judgments are true and false, but some ideas imply judgments, so if the idea of a centaur is taken to be a claim that there are centaurs existing in the world, then that idea is false.

If I analyze a whole perceptual experience, Locke says that the elements in it will be modes and substances. I see a dog, and its modes (technically they're not the modes of the dog itself, but the modes in my head; we're talking about ideas, not doing metaphysics) include its color, its shape, its size, its texture, its movement: all of its properties, including the adjectives, verbs, and adverbs that apply to it. But what is it that has all these properties and is doing all these things? It's the substance: that dog.

So what about these "substance" ideas? Locke says that they're inadequate: we don't really know what we're talking about. We know about animal's sensory properties (its modes) but we don't know what binds those properties together; we don't know the dog's inner nature. So Aristotelian philosophers are on shaky ground when they make "substance" a fundamental thing in their metaphysics or think that they can then know the "essence" of dog.

This has more implications than just letting Locke jeer at his Scholastic colleagues. For instance, Locke doesn't share Descartes' mind-body problem. Just like we don't understand what a material substance really is (it's just a SOMETHING that underlies and unites various modes), we don't understand a spiritual substance either (it's presumably just something that unifies all my thoughts, making them mine). Since these are both inadequate ideas, we're not justified in theorizing anything much about them: they may well somehow BE one and the same thing, or may run in parallel per Leibniz, or may be connected in a secret way per Descartes, but in any case, this knowledge is beyond human capabilities, so we should just shut up and stop worrying about it.

Locke has a similar response to other philosophical problems. What, really, is cause and effect? Locke thinks that power is a simple idea. As I said, even just perceiving a color is to perceive that there's something that had the power to induce that color idea in me. Cause and effect is just a relation of this sort of power: two things are connected such that one has the power to produce an effect in the other. What is power REALLY? What unites these two elements, cause and effect? There's no further answer available to our limited minds according to Locke. Just shut up and do science!

Is the universe infinite? Well, even though I said we can build longer space (and time) units in our minds out of what we perceive, we have no way to tell whether these ideas are real or fantastical. We don't really have an adequate idea of infinity at all, because we can't distinctly imagine it. The same goes for whether time or the chain of causation goes back infinitely or terminates in a first cause; we have no way of knowing.

Finally, we consider personal identity (our topic for ep. 261 after we're all done with Locke). For Locke, personal identity can't consist in having the same soul over time, if soul means spiritual substance. For all we know, God may swap out our soul every morning; we'd have no way of telling. It has to lie in something we actually perceive, and Locke identifies this as continuity of memory.

But what about amnesia? Would I really be a different person? Yes and no. For Locke, yes, I'd be a different person, but not a different "man," since the latter is more like the same animal or plant and has to do with continuity of organism. An acorn can be the same plant as the oak it grows into, and so a fetus is the same "man" as the adult. If somehow by magic, Locke's consciousness was moved into his pet dog, then the new Locke-dog would consider himself the same person (he's still Locke, just in dog form), but we wouldn't consider this dog "the same man" as the old Locke. Clearly these words evolve for practical purposes, and there may just not be an answer on Locke's view to novel puzzles of personal identity, like if my brain patterns are copied into a computer, will that still be me? If there's continuity of memory, this sounds like the Locke-dog example, meaning the computer becomes me in a new location, but what if ALSO I don't die right away, so there's both the digital me and the meat me sticking around? I don't think Locke is going to have an answer in that case; our concepts are only as robust as the scope of their use.

Not all of these topics fit into part one; you should really get the full, ad-free Citizen Edition if you don't want to wait for that. Supporting PEL will also get you exclusive access to the year-in-review Nightcap coming out next week and our conclusion to Locke on moral psychology coming out the week after that.

Image by Charles Valsechi. Editing by Tyler Hislop (and Mark).