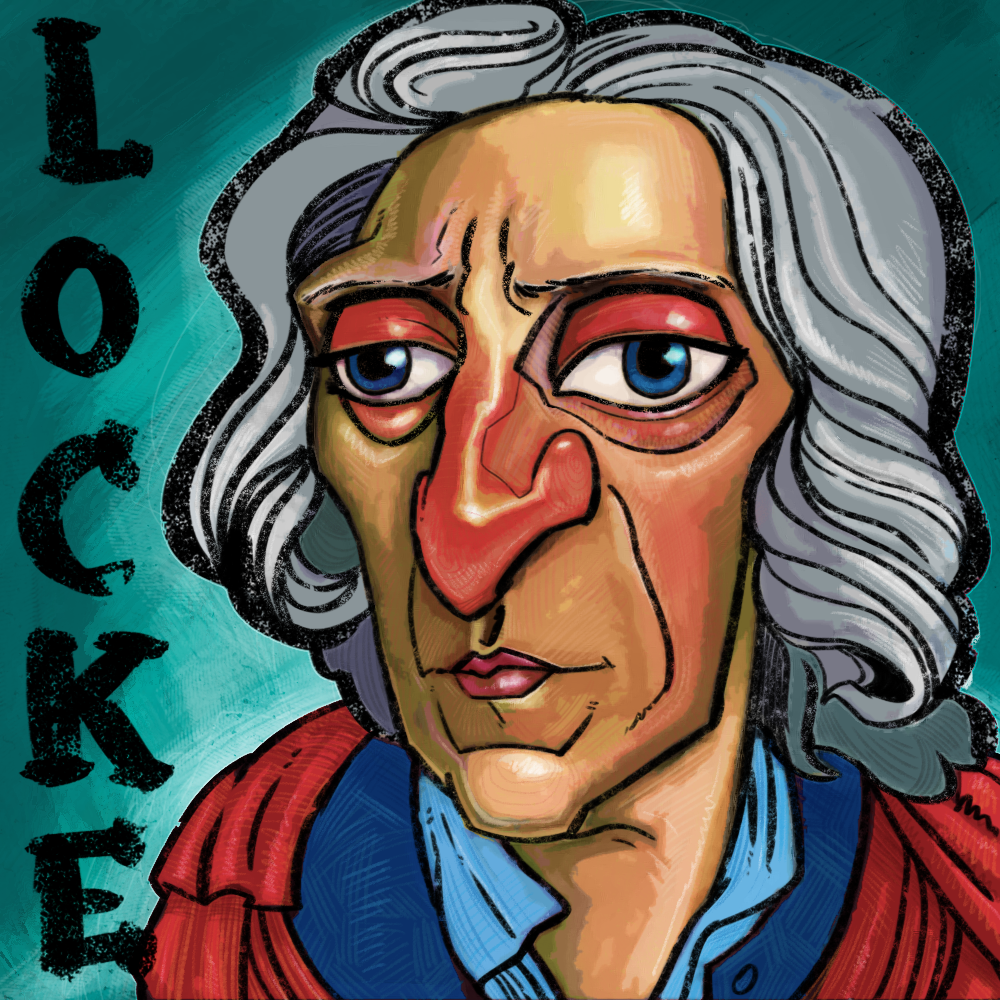 We made one last swipe at mopping up some outstanding issues in John Locke's Essay Concerning Human Understanding (1689), covering Book II, ch. 21 and 28, featuring Mark, Wes, Dylan, and Seth. This preview includes only about a third of the discussion, but I'm going to give you my full essay about its contents here:

What makes a moral claim true? Do we have free will? What makes us choose the good, or not? In this coda to our long treatment of Locke's opus, we bring together all he has to say about morality, which is strangely modern yet also just strange.

We consider ch. 28 first, which is about moral semantics: If a speaker makes a moral claim, how do others judge it to be true or not? According to Locke, the moral claim is judged as true if it successfully matches whatever the mores of the society are. Moral ideas, you'll recall, are complex ideas (specifically mixed modes) putting together elements of reflection and sensation to describe human actions. So if I claim that an imagined action is generous, that description will be accurate if I'm using the word as it was invented correctly: Am I attributing it to an act of selfless giving, and not something that is actually stingy or on the other hand so excessive as to be nihilistic or back-handed self-praise ("I'm such a martyr!") So is Locke a cultural relativist, where "the good" is not a matter of relation to a natural quality but just just conformity to social norms? Not necessarily, but he's more interested in moral psychology (how we make moral decisions) than moral ontology (the facts about the world that ground these decisions as correct).

The conformity of a moral claim (or act) can be with various kinds of laws, and Locke identified three types: divine, civil, and opinion/reputation. As Locke established in book one (our ep. 257), civil laws and mores (i.e. laws of opinion/reputation) will vary tremendously between cultures, which is why we're lucky to have the Bible (divine) to have made our laws and mores better than those of the heathens. However, just because God isn't an innate idea doesn't mean that His pronouncements don't especially accord with reason in a way that wise people of any culture couldn't figure them out, and even here in our enlightened land, we have to use our reason to figure out how to interpret Biblical laws so that they accord with human nature, which is the objective thing that ethical laws really need to be about: Nature has composed us to desire what we take to be to our benefit and avoid what isn't (with complications as described below), and this provides a potential basis for critiquing human laws and mores. However, we don't normally do this, as we're too worried about the sanctions that go with violating the laws. Locke's whole notion of law is tied inexorably to sanctions: We have to obey civil laws because we'll go to jail if we don't, and we obey the laws of reputation because of the sanction of being shunned. This a priori claim about laws consitutes an argument for Locke for why there must be divine reward and punishment; if there weren't such things, the whole idea of divine law wouldn't even make sense. (For a good response building on this, see our ep. 88 on Anscombe, who agrees that our moral language involves an inevitably theistic context but sees this as a problem; we need to drop the language of laws and turn instead explicitly to talk of human nature a la Aristotle).

The bulk of ch. 21 (the longest chapter in the whole book) gives Locke's version of Aristotle's Nicomachean Ethics, building on the ideas about pain and pleasure as pervasive motivators in our experience to explore questions like why people often react to a present uneasiness while neglecting a greater available good. In keeping with the divine thoughts above, the chapter ends a la Pascal by excoriating us not to neglect the good of eternal paradise in favor of an immediate, apparent good.

This is in the context of a discussion of free will that reveals Locke as one of the first modern compatibilists. On the one hand, we do react in predictable ways: We react to painful and pleasurable stimuli. However, there are clearly cases where on the one hand we're simply carried along automatically and others where we stop and deliberate, and that's what liberty consists in. "Free will" is actually a misnomer according to Locke, because it's agents (people) who are free, not the "will," which is a power we have to choose. Locke was very wary of faculty psychology that makes us into a multiplicity of pseudo-agents. For a person to be free is for that person to be able to execute what they will, so if you're constrained either by external circumstance or by your own passions (which make you passive, by definition), then you're not free. People are free, unlike animals, insofar as they can forbear acting think about what they REALLY want. Can you control what it is you want, what it is you will? Can you simply not will all? These are questions that Locke had no patience for; it's in the nature of human motivation to desire according to what gives us pleasure of any sort, and more importantly, to want to avoid whatever gives us pain or even makes us uneasy.

This account comes in the context of a discussion of what power is. It was already identified (in our episode 258) as being a simple idea, and we try to figure out how that could be and how we acquire the idea. On the one hand, in perceiving a simple idea like color or shape, we're also perceiving that there's something in the world fit to deliver up the relevant simple idea to us. This process as a whole doesn't sound so simple even if the resulting sensation (e.g. a green qualia) is simple. Power is also a relation we perceive between phenomena in the world, i.e. causality as discussed in ep. 259, where we debated whether a relation is complex (because it involves both relata) or simple (because a simple idea can connect two other, independent ideas). The real origin of this idea of power according to Locke is in our own internal willing: I will that I think of an elephant and BAM! I've thought of an elephant. From this primary reflective experience, we get the simple idea of power, which I then apply in all these other cases to do science (investigate causality) and come up with things like the primary/secondary quality distinction (different ways in which things in the world exert their powers to bring about ideas in me). Moreover, this perception of my own agency is the only really authentic case of power I can witness, because it's me as an active agent bringing about a result, whereas when I see (as goes the classic example) one billiard ball hitting another, I'm really just seeing one passive object transmit its momentum to another.