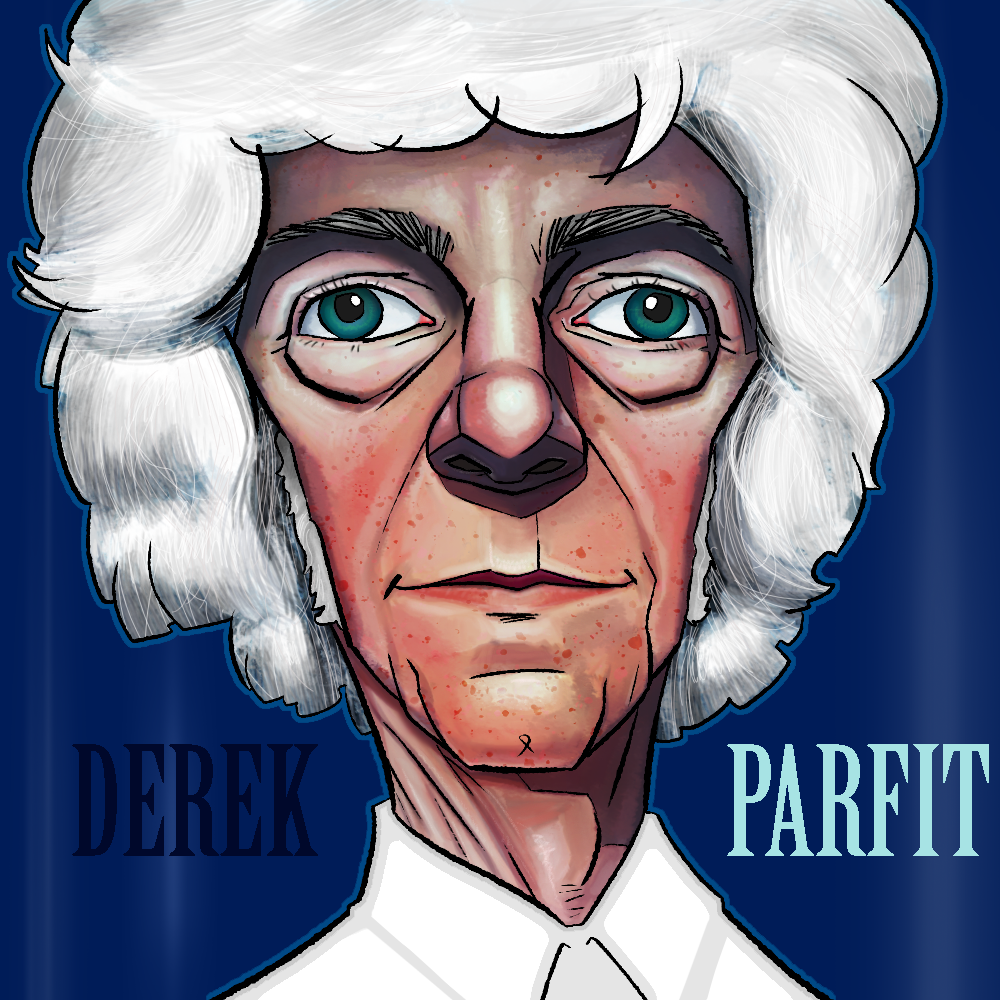 Mark, Wes, Dylan, Seth cover more of the thought experiments and other arguments from Parfit's Reasons and Persons (1984), ch. 10-13.

We consider more closely Bernard Williams' response to Parfit and how Parfit turns that argument back on itself. In defending physicalism against Lockean memory conceptions of personal identity, Williams presented a situation in which you're about to undergo some torture. I tell you that during this torture, I'll gradually flip switches that will change your memories and personality to those of Greta Garbo. When I'm done, you'll by the psychological criteria not be the same person at all. The question is, would you be frightened at this prospect, to the same degree that you'd be frightened at my threatening to just torture you, with no accompanying memory changes? Williams says yes: The fact that there'd be a continuous experience of pain means that it would still be you throughout, even with your memories and other psychological characteristics changing.

Parfit responds by combining this thought experiment with the one described at the end of my part one write-up where your brain is gradually replaced by clone brain cells. Where in that thought experiment, the clone would have the same memories (and so was supposed to prove that consistent memory is enough to guarantee personal identity even in the absence of brain persistence), and in Williams' where brain stayed the same while memories changed (and so same brain is enough for personal identity even in the absence of memory connections), Parfit's combined thought experiment is that your brain cells are gradually replaced not with clone brain cells, but with clone brain cells of Greta Garbo's brain. So for sure at the end of the procedure, there will simply be a different person: different brain, and different memories too. Still, the all-or-nothing character of personal identity implies that there must be a strict cut-off point where the brain stops being you and starts being Greta Garbo, and Parfit claims that this doesn't make any sense.

Parfit's solution is reductionist: There are just the facts about brain and psychological continuity, and there is no further fact beyond those to whether two entities are identical. This amounts to getting rid of the concept of personal identity altogether, and its all-or-nothing character. The reductionist can admit the similarities and differences between the various stages in the last brain surgery example, but if asked about any two cases "is this person at stage A the same as the person at stage B?" they can just shrug and admit that the concept of personal identity was invented for social purposes to deal with typical cases, and isn't meant to extend to definitively decide any of these sci fic cases.

So that concept of personal identity is just not robust enough to answer, to give another example that we get into in this half of the discussion, whether a split-brained patient is really a single person with two streams of consciousness or two people coexisting in one brain. Dissociative Identity Disorder is a condition where a single human might have numerous distinct pockets of memory that interact to varying degrees: Are they all "the same person" or not? If a person were to split like an amoeba into two, so each new organism actually has the same physical brain (or half of it)--this is unlike the cloning case where one was a mere copy of the original with no brain continuity--would the new organisms be "the same person" as the original even though they're clearly not the same person as each other? Again, shrug.