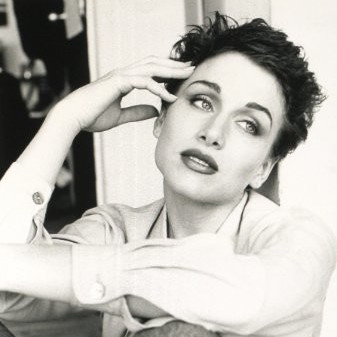 In this preview, we get more into how Lise describes the relationship of the feminine principle of Becoming with the masculine principle of Being. This should be "agnoistic" (creative tension!) and involves seduction, just like Nietzsche's writing style seduces readers into hanging on his every word. There needs to be an element of dynamic play, as opposed to the mere subservience of asceticism.

Just as we made clear in ep. 262 that asceticism is not merely the bad that's opposed to Nietzsche's life-affirming good, the Being that Nietzsche seems elsewhere to simply condemn needs to be in a yin-yang relationship with Becoming, where each involves elements of the other and both are necessary components in a flexible set of values. Nietzsche's ideal is often characterized as "becoming what you are," and that paradoxical way of putting it conveys this relationship. It's not like an acorn that has a destiny of becoming an oak tree, where the mature oak is the unchanging form which the actual plant is striving to imitate (a la Plato).

Instead, Being itself needs to be re-evaluated: We don't shoot for a static goal, nor do we want to drift aimlessly, but the goal itself shifts as we become wiser through experience. Everything is always changing, but within those changes there is persistence, which is Being: There are things that are stable enough to value. To be concrete about this, consider a love relationship between two people, where there should be something persistent about it even as the individuals and their ways of loving and lovable qualities mutate over time.

Lise gives as another practical example our attitude towards illness. Is illness merely a falling-short of the ideal human form? Women experience pregnancy, which has many of the characteristics of illness, but which results in new life. So one example of Becoming is the cycling between illness and health (between less and more vitality), and this needn't be seen as a flaw, but as a necessary condition for life.

Another example considered here that was very important to Nietzsche is comedy, and the creation of artworks more generally, where there's on the one hand deep involvement in the creation (laughing at the joke) and on the other an ironic or otherwise creative distance between the comedian and the situation described or the artist and the world created through the artwork (this world, being fictional, is an "honest lie" in that it is upfront about being fictional and also trying to convey philosophical truths as the artist understands them). And again, why does Nietzsche write the way he does, in this teasing, ironic manner, not just telling us what the new value system is (e.g. that Zarathustra is the new ideal)? His works enact a seduction strategy designed to engage us and change us, not just put a "Being" (his philosophy) before us fully formed, but to engender a co-operative creation between author and reader, between sage and audience. We should never even be sure that we're Nietzsche's intended audience, so that we gain a certain distance from what he's telling us and don't just follow him like sheep. For more Nietzsche-inspired thoughts about writing, see our ep. 212 Satre on Literature.

In the full episode, you'll hear how this all culminates in Lise's account of the sovereign individual. We are being trained to be able to make decisions for ourselves, and even though that sounds like accepting the burden of responsibility, we need to keep in mind the "airborne flight of the psyche" that is also involved. Simply accepting responsibility isn't enough; it's the responsibility of self-creation, which sheep aren't even capable of even if they call themselves "responsible" in dutifully bowing down to higher powers (getting a job, working hard in school, etc.). We are not only the animal that has learned to make promises (as Nietzsche puts it) but the animal that can re-think values and so break promises, i.e. the commitments to various values we used to cherish as we evolve beyond them. This "evolution" is not arbitrariness or whim, but the changes endemic to life itself and consequently us as living individuals in charge of ourselves. In informing how we grow, we should seek to dialectally incorporate the good parts of all (or maybe only some, depending on you and your circumstances?) the types of ascetics Nietzsche criticizes in his essay.