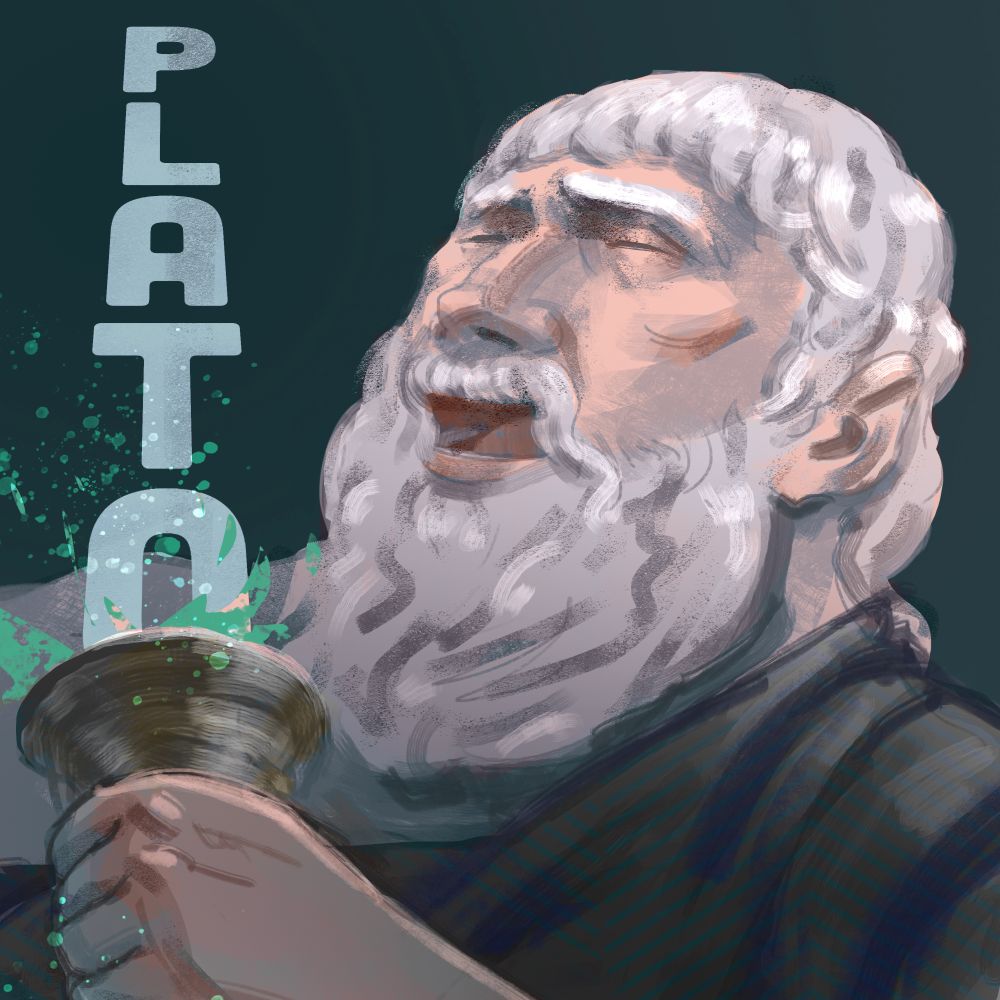 Continuing on the Phaedo, getting into the details of Plato's cosmology as described by the dialogue, including laying out his various proofs for the immortality of the soul.

In this preview we start out principle of physics that Socrates puts forward that things always emerge from their opposites. For instance, where do soft things come from? From the breaking up of hard things! And where do these hard things come from? From the (probably very slow) compression of soft things. Small things (babies) come from big things (adults), and the small things then grow into big things. More generally, what else could something come from but its opposite? So therefore life must come out of death and vice versa; Socrates interprets this to mean that the our living souls must have come from the land of the dead before and will return there after we die, with a cycle of rebirth that will only (a la Buddhism) cease when we are philosophical enough for our souls to completely break away from worldly things after death and instead live among the gods.

So why wouldn't this rule apply to the soul itself, such that it would come to be from dead nothingness (lack of soul) and then go back to nothingness? The soul must be like those eternal things that are immune from this physical law, which applies only to the changeable world of the senses. We lay out the theory of Forms (these eternal things) as this dialogue describes it. How does perceiving something in the world remind us of this Form that is so different from any mortal thing? The myth Socrates tells at the end of the dialogue implies that there are Forms not just for abstract principles like Number, Unity, and Heat but for specific things including species of flora and fauna, people, and even artifacts. But how could there be Forms, which definition don't have parts, for composite objects in our world? For Plato's later thoughts on the problems with this theory, see our episode 198 on his dialogue Parmenides.

The rest of these notes refer to what you'll hear if you get the entirety of part two:

Here's another crummy argument for the immortality of the soul: The soul is the boss of the body; it tells the body where to move, what to do, how to comport itself. So it would be strange if this general were so much weaker than its privates that it would just die off even as our bones stick around for a long time.

The above is in response to Simmias, one of Socrates' interlocutors, who argues that maybe the soul is like the harmony that comes out of the strings of a lyre. So of course when the strings aren't being played, or they break, then there's no harmony. This is a functionalist view that's very much like what Aristotle comes up with: The mind is something the body (at least the brain) does, so of course when the body dies, there's nothing left to keep doing that activity. But Simmias pretty quickly accepts that this image is just a prejudice received from culture, whereas Socrates' alleged proofs from recollection and the like are sound philosophy.

There's an interesting section at the point where Simmias and his friend Cebes give their objections where Socrates considers "misology," i.e. hatred of arguments, which might well happen when you're convinced of something (like Socrates' initial arguments) but then hear some sound-sounding objections (from Simmias and Cebes... Cebes' argument is that maybe even if the soul lasts longer than any particular body, it still might eventually wear out) that throw your prior certainty into doubt. Socrates points out that this is just a trap for the unskilled who accept arguments uncritically: The problem isn't with arguments as such, but with you for being so gullible as to accept bad ones.

Socrates also around this point explains why he isn't so into natural philosophy (speculation about physics): He read Anaxagoras and was excited by the idea that Nous (intelligence) controls everything, but was disappointed that Anaxagoras didn't follow through on this insight in the way that we see Plato eventually do through the character of Timaeus. If intelligence is the prime mover of the universe, then things should be designed as well was possible, and so Socrates thinks that he can reasonably assume that something like his mythical picture of the wonderful afterlife must be the case: Because he's been a diligent philosopher, directed by philosophy toward the Good, which tells us (or told Plato, at least) that virtue is rewarded. We've seen in other dialogues (Republic, Gorgias) that this applies to this life: A wicked person free from restraint and guilt might seem to be happier than a virtuous person, but such a villain is the servant of desire and will inevitably end up unhappy, whereas the virtuous person has achieved harmony in the soul, which is our naturally happy state. If the universe is well constructed, then this must also apply to the afterlife: There must be justice there even if there wasn't apparent justice on earth. This picture had an enormous influence on Christian thinkers rediscovering Plato.