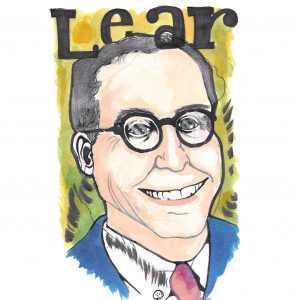 Continuing from part one on essays from Lear's Open Minded: Working Out the Logic of the Soul (1988).

This preview comes from the middle of the recording, featuring the beginning of our debate about the relation between the three parts of the soul: Wes argues that this relation is comprehensible because they're all built out eros, of appetite, or in Freud's terminology, libido: That thymos and logos are eros sublimated. So we debate whether this reduction of the three to one basic type is justified and which type it would be: For Nietzsche, thymos as Will to Power is basic, and for Plato (according to Mark, anyway) logos is basic, because all systems are designed logically, i.e. according to scientific law and/or internal teleological forces calculated to maximize an organism's flourishing.

In the full episode, you'll also hear more about the relation between comedy and tragedy and how these might relate to Plato's stories. Then we provide more detail on chapter 10: "Inside and Outside the Republic," including Bernard Williams' objections to Plato and Lear's responses. Finally, we consider Lear's take on Plato's warning against poetry: Given that art is a primary thing that we internalize (and that artists externalize), of course we should expect a substantial effect on society. Insofar as art is memetic (i.e. having qualities of memes, not "mimetic," which imitative, though these are related), it doesn't even require that we absorb the work of art to pass it along.