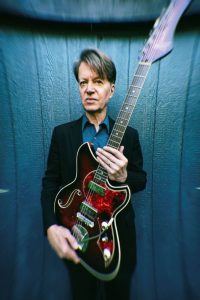 Though best known as lead guitarist for Wilco since 2004, Nels has recorded 30+ instrumental albums, often as band leader. We discuss "Headdress" by The Nels Cline Singers from Share the Wealth (2020), "The Nomad’s Home" from Coward (2009), and "Fives & Sixes" from his first solo release, Angelica (1987). We conclude by listening to "Imperfect Ten" by The Nels Cline 4 from From Currents, Constellations (2018). Intro: "You Are My Face" by Wilco from Sky Blue Sky (2007), co-written with Jeff Tweedy. More at nelscline.com.

A name that comes up prominently toward the end of the conversation is pianist Jimmy Rowles.

Sponsors: Get 15% off an annual membership at MasterClass.com/examined. Visit nebia.com/nem and use code NEM for 15% off your shower upgrade.