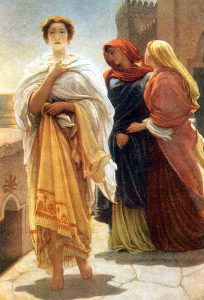 Would Agamemnon have made a bad Marine?  Join Brian, Shilo, and Jeff as we discuss Brian's question: why does Agamemnon get a dream from Zeus telling him to test his troops before Troy, but the Trojans hear from a disguised messenger direct from the gods?  We think about the different physical and moral situations of the Greeks and the Trojans after nine years of fighting.  Then we ask: is Agamemnon crazy, or does he have a plan?  Does Nestor think he's crazy and plan to undermine him, or is he onboard?  If Agamemnon can't motivate his troops with justice or vengeance, is he left with shame?  Or does he just want to go home?