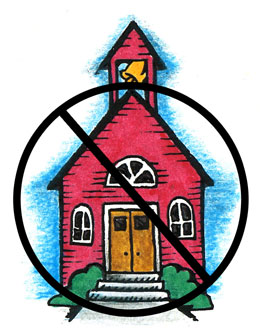 All PEL Citizens are automatically admitted to P.E.L. NOT SCHOOL.

What is it? This is a way for you listeners to participate more. Better than our blog, where you can only respond to our posts. Better than our Facebook group, where anything you post will disappear down the one-dimensional display in a matter of hours.

With PEL Not School, you get a members-only portion of the site to meet other listeners, work with them to choose achievable learning goals, and fulfill these on a monthly basis.

Note that you don't have to do this just because you've set up a recurring donation to become a PEL Citizen. You can just take the free stuff and forget about it. But we hope you'll stick around.

How does Not School work? Here are the basic steps:

1. In the two weeks before a new month starts, use the Citizens' forum to put forth and read ideas for specific things to read and ways to talk about them for the next month. So, for instance, you might propose to read two chapters of Kant’s Critique of Pure Reason (oy!) and talk about them on the forum during that month.

2. If at least three people agree to a proposal, then the group leader (typically the person who made the proposal) will create a group record on the site.

3. Throughout the month, you fulfill your stated goals. You can communicate with your group members through this site's internal email. Each group comes with its own forum, and you can set your "email options" for the group to notify you when people post things, or to send you a digest of activity.

4. When the month runs out, everything resets. You could choose to keep the same group going and set new goals (though you should still open it up to new people), or dissolve it and then propose or join something else, or take the next month off. Yes, you can be in more than one group, but you might want to wade in slowly, and choose only commitments you think you can fulfill.

So Not School is just an Internet forum? No, it’s not. Here’s why:

It’s generally not anonymous. People have to get to pay to get in, and are not going to be dickish trolls. We want to learn, and it really helps to have people you've established some rapport with to go through the journey with you. You don't have to give these people your personal email address or share anything non-philosophical with them. Since your conversations will be shielded from the general Internet, you don't have to feel inhibited. In this respect, it's a bit more like a classroom and not a forum. We encourage you to use your real name (though you don't have to).

You don’t have to just talk by typing. The group proposal can specify whatever kind of communication types you want. This site is to organize yourselves into talking, but where you talk: via Skype, Google Hangout, phone, in person, via the site's Chatrooms (look in the lower left footer when you're logged in), alternating uploaded videos or audios of yourselves, or yes, via your group's forum, is up to you.

It’s structured. The proposal/group/monthly reset structure means that you’re taking on a specific, limited commitment, and just like us preparing for a podcast, if you don’t come through and do the reading and show up, you’ll be letting someone else (and yourself) down. If that sounds too stressful, then you should join or propose a group with really low requirements... with a very small amount of reading, or maybe a reading that you've already done and just want to review and discuss. Or, heck, you could propose that everyone watch the same movie and discuss it, or listen to some topic-specific set of PEL episodes, or whatever.

How do I sign up for a group? Watch the posts in the Citizens' forum to see if anyone is suggesting anything you’d like to participate in. If you don't like their suggestions, then suggest something yourself. When someone gets at least two other people to commit to his or her proposal, then that person is the group leader (unless you can talk someone else into doing it). As proposer/group leader, you get to determine the details of the proposal, and who gets to be in the group, so you should really try leading so you get to run it at exactly your desired pace. Before you sign up for a group, make sure you’re OK with the terms of the proposal (or try to haggle about it with the proposer to get them changed), and (of course) please do your best to come through for the group by fulfilling what you signed up for. You should read the next section even if you don’t want to lead, just so you know how things will work and what a proposal should look like.

What do I need to do as a group leader? A few things:

1. Make your proposal (at least a week before the month starts; prior to that, you could feel out people’s interest in different topic areas before you create the proposal; it would be nice to know that you can get the 3-person minimum before you bother). A proposal should include:

1. What exactly you’re going to read (or listen to, or watch) and for when. Don’t pick anything too long; you can always extend the group another month. You might want to break the reading into pieces with different due dates, but try to have all the reading and discussing involved fall within the month you're proposing. For example, “we’re going to read Rand’s The Virtue of Selfishness, finishing the first half by week 2 of the month and the 2nd by week 3." Provide a hyperlink if it’s something on the web (you can also upload document onto group records), and maybe give some information about why you think the reading is worth the group’s time. Sell it!

2. How you propose to communicate about it and when. Just on the forum (note that members can set whether new forum posts for their group are sent to them via email or not)? Will you try Skype? In person? Via the text chatrooms? It’s best to be specific: “we’re going to talk on Google Plus, running video, on the third Saturday of the month at 8:30pm central.” You can always modify these details as you negotiate with your potential group members, but you don’t want someone signing on who then can’t make any of the dates that you can.

3. What size of group you're shooting for. This generally only matters subject to #2 (you don't want 20 people on a video chat), but if you think, e.g. that it's not worth your time unless you get some minimum number, say so. Note that you can always divide a larger group after it gets approved.

4. What prerequisites there might be for the group. Is this a really hard reading, that really demands that group members have already read something else? We recommend your not specifying any prerequisites at all until you’ve led or participated in a few groups. Leave the doors open and see who you meet.

5. Any specifications about the level of privacy of the communications. If you want to have a Skype chat and record it for release to other members on the site (please do this!), then say that, so people that don't want to be so public can opt out or argue with you. It's technically possible to create closed groups that aren't even visible to non-members, if you're really sensitive about wanting to be able to discuss things without anyone but your immediate cohorts seeing your work, so if you aim to create such a group, say that. Note that in any case, your forum conversations won't be opened to the wider non-member public, and if we want to release a recording you're on publicly, we'll ask you first.

2. Get the roster together. People will say they want to be in the group either by posting on the forum under your proposal or by emailing you through this site, so check your mail and be sure to "follow" (i.e. there's a button that says "follow" next to each thread in a forum) your proposal post so you'll see when people reply! You'll ultimately decide who gets in the group, though by default groups already set up are open for anyone to join. If you make a proposal and don’t get enough people or see another group that you’d rather be a member of than this one you’re proposing, then just say so on the forum.

3. Create your group record and invite your members to join. Around the first of the month, create the group record (you can specify whether it's open for anyone to join, open only to those invited, or make it invisible to all non-group-members), and send invitations to those who said they'd sign on (or just tell them via the forum). You can use the site's internal email system; you don't have to share your non-PEL address. You may also want to "friend" the people in your group, as this, for instance, will then let you see when they're signed on so you can live-text-chat with them (see "Who's Online" in the lower right corner of your screen when logged in).

4. Make sure the meetings, etc. happen. Bug people to show up or participate on the forum and/or use the "Send Email" feature only available to the group leader. No need to be heavy handed, and you don’t get to censor what other people say (you can contact us if someone’s being abusive or whatnot), but keep on top of things.

5. When the month is over, you’re done, unless you put forward another proposal. Please sum up how it went and what you learned out of the various technologies you used (e.g. what not to do when running a Google hangout session) to the Citizens' forum. If your group results in a recorded discussion you'd be open to sharing to the other members, we'd be happy to post it for you.

If any of this is unclear, or you have questions about or technical problems with the site, just let us know and we’ll try to help you out as quickly as possible.