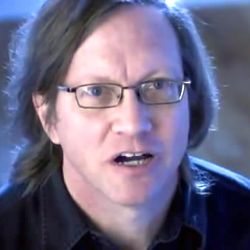 Tired of the overwhelming focus on mind/body problems in philosophy? There also is a debate between scientists and philosophers about who is more important and if philosophy really has any use in today's science research. Thankfully, a recent interview in The Atlantic with Tim Maudlin , philosophical cosmologist, brings the two fields back to the basics of philosophy 101.

Maudlin has primarily focused his career on the philosophy of physics, metaphysics and logic. [Listeners can further examine these debates in PEL episodes 7, 34, 66, 67, 68.] Along with other well known philosophers, he has helped develop the Philosophy of Cosmology - a science-philosophy hybrid discipline focused on answering such questions as “What happened before the beginning?” and “What are the cosmological laws that might supersede the Big Bang?”

Philosophy of Cosmology is the newest branch in the Philosophy of Physics built via alliances between top American universities, Oxford and Cambridge. Check out the official website here. Philosophy of Cosmology blends quantum physics and philosophy to explore the origins of the universe.  This may sound like a stretch from familiar philosophical territory but Maudlin’s interview brings the subject of the universe back to the days of Socrates. He maps out an understanding of the beginnings of science as etched from the Philosopher’s Stone although that has long since been forgotten in favor of mathematical formulation via quantum physics. Discussing the rift between physics and philosophy, he says:

I think most physicists would quite rightly say "I don't have the tools to answer a question like 'what is time?' - I have the tools to solve a differential equation...the asking of fundamental physical questions is just not part of the training of a physicist anymore.  There can be a philosophy of anything really, but it's perhaps not as fancy as you're making it out. The basic philosophical question, going back to Plato, is What is x?  What is virtue?  What is justice?  What is matter?  What is time?

Maudlin's point and that of the Philosophy of Cosmology initiative is that there is use for philosophy in science (or at least physics).  The basic philosophical questions that underlie the mathematical structure of science were asked thousands of years ago and remain unanswered by both philosophy and science.  Each discipline trying on it's own having been unsuccessful, is there an opportunity for them to work together on new approaches and new answers?