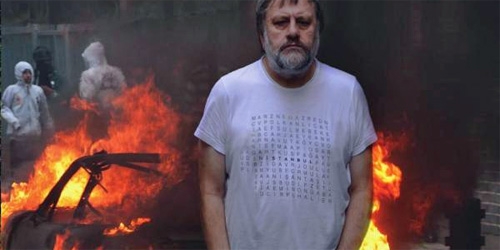 yesterday (read more about our Not School group here).

Since Freud and Jung, psychotherapy has been used to try to make sense of group behavior, and Lacan himself applied his insights to the political realm (among other places). Zizek follows in that tradition, doing a Marxist analysis of the various events of 2011 using Lacanian language: Capital is, according to Zizek, the "real" behind all of these various conflicts that seem to be between individual groups. Capitalism is never itself confronted as a system, but serves as the underlying force and the principle by which this force itself is made invisible to us.

Sound kooky? Well, yeah. Become a citizen, go to the Free Stuff page, and download the discussion. If you've already read the book or can read it quickly, you may still have time to join the group; there may be a second discussion scheduled, since some of the key group players couldn't make it this time.