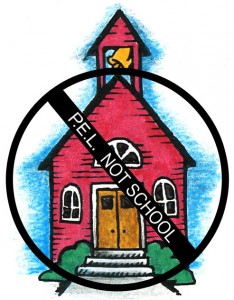 We've got a number of attractive reading groups going this month, a couple of which are entirely new.  It looks like almost every group will be starting fresh with a new text, so this should be a good month for members new and old who've never joined a group to try it out.  If you're not familiar with how Not School works, you can find everything you need to know right here.

First up, the Philosophy and Media Theory group will be continuing to read Friedrich Kittler's Gramophone, Film, Typewriter.  Our first discussion was postponed from last month to this one, so there's still plenty of time to get the text (which is immensely interesting) and join us without having missed anything.

There's a new group of folks that will be starting Martin Heidegger's Being and Time.  This looks like it will be a very active group, and friendly to first time Heidegger readers.  We've also got a second new group starting which will be reading Communitarianism and its Critics by Daniel Bell.  It looks like this one should tie in well with the recent episode on John Rawls.