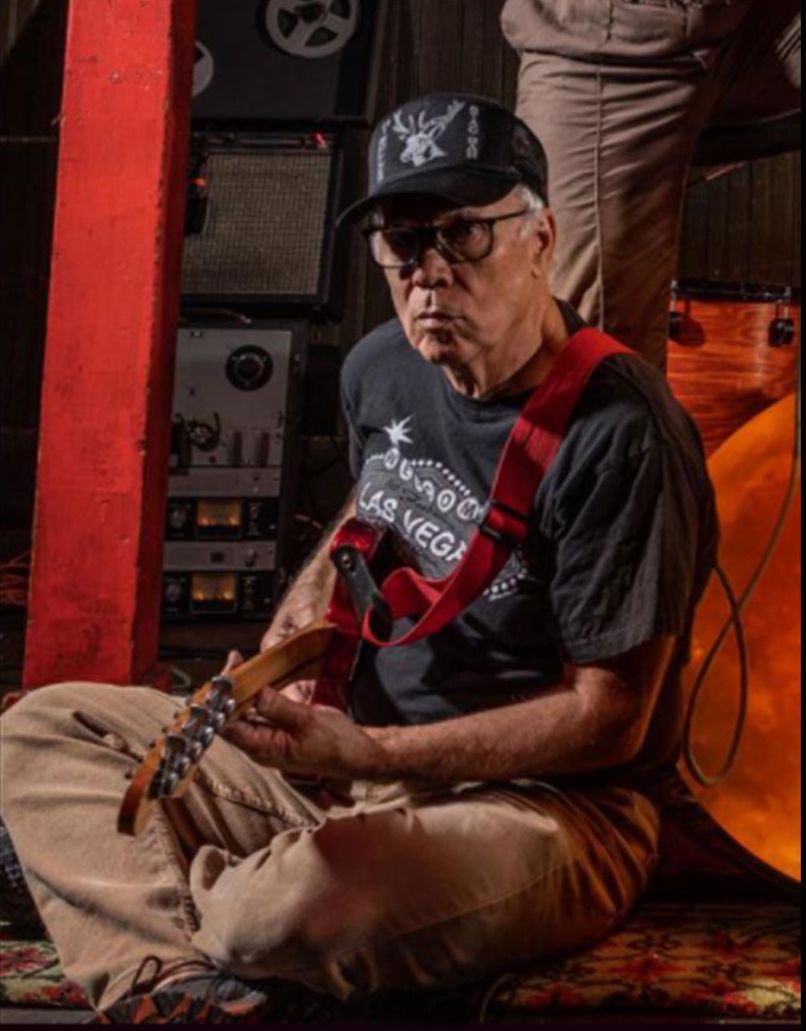 Mark got signed as a teen in 1966, left to play theatrical prog jazz in Indiana during college, had a spell in a “no wave” band in New York, and finally settled down in the ’80s as an in demand producer and collaborator in New Orleans, working with groups like R.E.M., Flat Duo Jets, and John Scofield. He’s only finished two solo albums but has a ton of archive recordings being released soon, and now plays guitar in a cajun band.

We discuss “Pissoffgod.com” from Psalms of Vengeance (2009), “Ash Wednesday and Lent” by Ed Sanders (music by Mark Bingham) from Poems for New Orleans (2007), “That’s Why” by Social Climbers from their self-titled album (1981), and then listen to “Blood Moon” by Michot’s Melody Makers from Cosmic Cajuns from Saturn (2020). Intro: “Flies R All Around Me” by Screaming Gypsy Bandits from Back to Doghead (1970). Read about Mark on Wikipedia.

Screaming Gypsy Bandits only released one album at the time: Listen to In the Eye (1973); the Doghead album is archive material released in 2009: Listen to “Flies” in full. Hear the whole Social Climbers album (1981). Mark’s first solo album was in 1989 and featured this Coltrane classic. Here he is backing Aaron Neville and Johnny Adams on the Hal Willner album of Kurt Weil tunes. Here’s one of the tunes he wrote for Allen Ginsberg to read poetry over. Watch him live with Michot’s Melody Makers. And, yes, Mark really did arrange the strings on the introduction to this famous R.E.M. song.

Sponsors: Buy one MasterClass annual membership and get one free to gift to a friend at masterclass.com/EXAMINED. Get a month’s free trial of guided meditations at headspace.com/NEM.