Our first spin-off podcast has launched successfully! PEL host Mark Linsenmayer talks to songwriters about why and how they do what they do: Call it applied philosophy, the specifics that go into making this most popular of our arts.

And who better to kick things off than David Lowery, lead singer of both Camper van Beethoven and its more famous alt-rock child, Cracker? You have heard at least some his music, I promise, and he's fully as well-spoken and full of ideas as many a decent philosopher. This is a taste: You can now hear three more episodes beyond this one (four within a day or two; I've recorded nine so far) at nakedlyexaminedmusic.com, or find it in the iTunes store.

The three songs we discuss are: 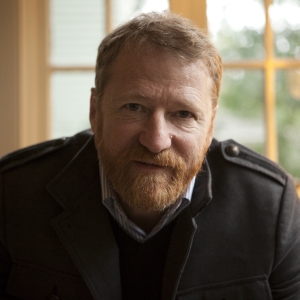 As a bonus, we also get to hear one of David's most recent songs, "Almond Grove" by Cracker from Berkeley To Bakersfield

. You can read lyrics for all of these songs here.

David is a very lyrics-oriented guy, and isn't shy about telling the stories behind his songs. Not that you should expect this podcast to always focus on lyrics, or be restricted to this kind of music, much less restricted to songwriters associated with Camper van Beethoven (other members of which I've interviewed here, here, and here). Sit back and turn on your active listening function!