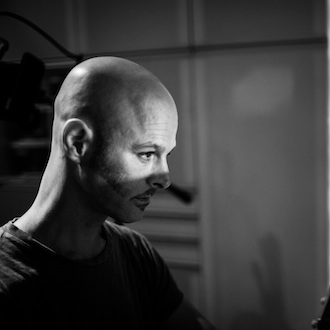 Craig led Shudder to Think from 1986 to 1998 and has since had a solo career and done soundtrack work, often for members of the comedy team The State like childhood friend David Wain.

Shudder to Think was a band that started as part of Washington DC's "hardcore" scene, but challenged musical conventions to try to achieve U2-level success with Captain-Beefheart-level weirdness (they failed). We discuss their song "Pebbles" from Get Your Goat (1992), then go post-Shudder to "Show Down" by Craig's short-lived attempt at a pop-dance band, since released as Craig Wedren & Baby. Then we talk about working on assignment and his experience with "I Am the Wolf, You Are the Moon" (co-written by Isaac Carpenter) which appeared on 2015's Netflix (David Wain/Michael Showalter) series Wet, Hot American Summer: First Day of Camp. We conclude by listening to "Heaven Sent" from the Craig Wedren album Wand (2011).

The opening music is Shudder to Think's "X-French Tee Shirt" from Pony Express Record (1994) and the closing music is the theme from the MTV show The State featuring samples of The Nation of Ulysses.

Learn more about Craig at craigwedren.com.