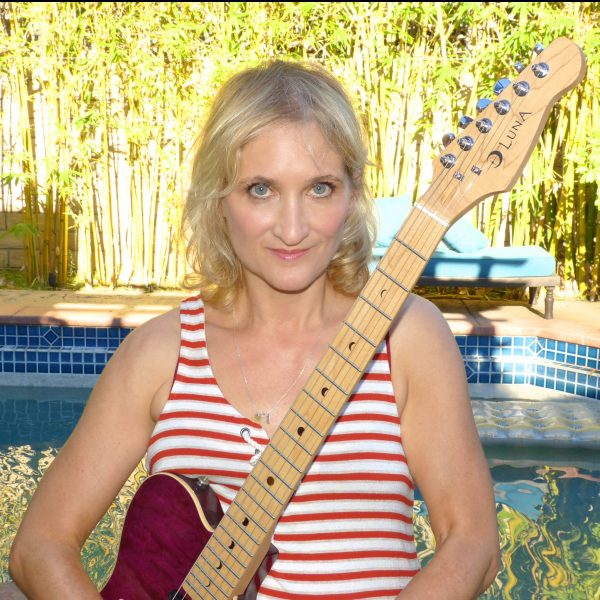 Jill is a big personality, rivaling Elvis Costello in the creation of acerbic, stylistically varied singer-songwriter material, and she's been putting out tuneful, story-laden albums since 1990.

We discuss "Jetpack" from Underdog Victorious

(2004) and get to meet her frequent co-writer Robin Eaton, then "Empty Glass" (co-written with playwright Elise Thoron) from California Years

We conclude by listening to a brand-new recording of her political manifesto "America Back." The intro/outro music is "Supermodel" from her 1995 self-titled album

For more, check out jillsobule.com and Jill's YouTube channel. Here she is singing "America Back" live in 2015 for the Huffington Post, and here's another recent political song, "Who Is a Democratic Socialist?" Join the social protest with Jill's new project, My Song Is My Weapon.

Here are the videos for her big singles, "I Kissed a Girl" and "Supermodel," and here's another older Todd Rundgren-produced one from the first album, "Living Color." She's also done performances with Julia Sweeney as Jill & Julia.