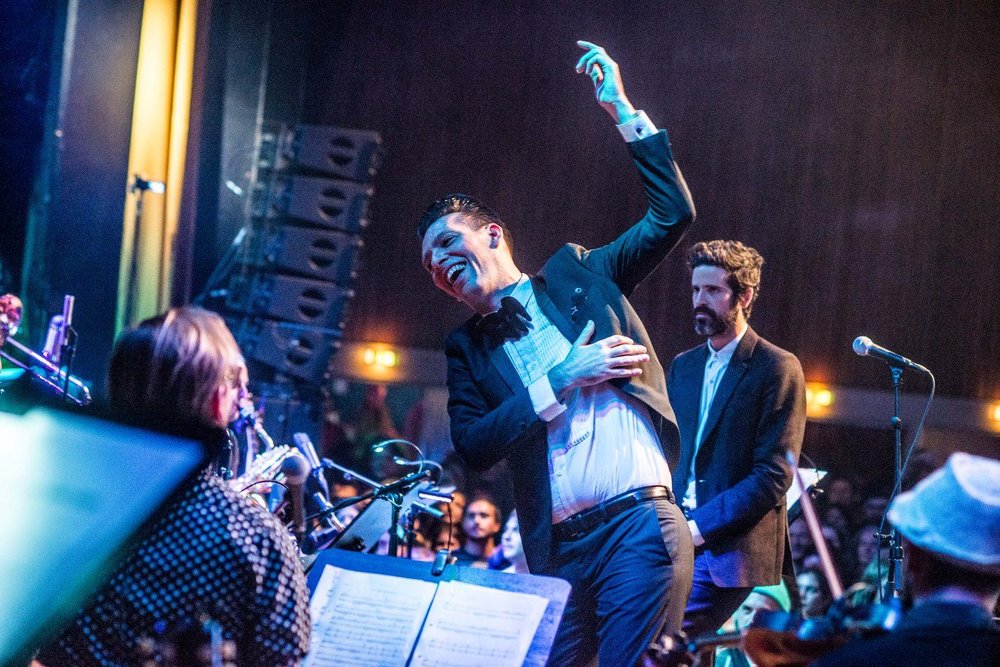 Jherek started off as bassist in the late '90s for the Seattle art rock bands The Dead Science and Parenthetical Girls, and has released about five solo albums (and other things) since 2006, the last two being full-on orchestral works, despite the expense and logistics involved and his not being trained as a classical composer.

We discuss the title track from Cistern

(2012), and "Blackstar," featuring Anna Calvi, from a David Bowie tribute with Amanda Palmer called Strung Out In Heaven

Here's the video for Cistern and one for "Automism." Here's a full, current performance with Jherek singing. Here's "Eyes" live with David Byrne, and here's "Blackstar" performed live with Amanda Palmer and Anna Calvi. Here's another Cistern track live featuring the singers from both of his previous main bands. Here's David Bowie's original version.