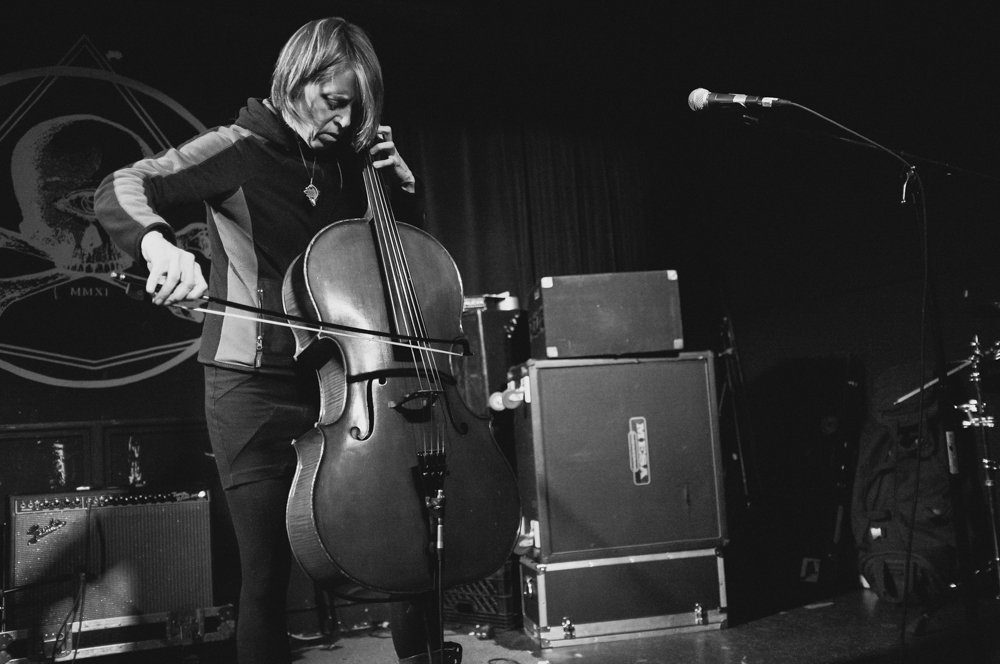 Alison was studying classical music when she joined Jason Narducy in 1993 in a duet that grew into two Verbow albums. She's since recorded four solo cello albums and been a guest musician on over 100 albums, playing with Bob Mould, Superchunk, Anthrax, Broken Social Scene, etc.

We discuss "Become Zero" and "Vanished Star" from Become Zero

(2016), then "Beautiful Friends" from Arriving Angels

(2000); closing music from "Political Song for Michael Jackson to Sing" from In Tune

Here's a whole recent live solo show, and here's a "Chirp Factory Session" with drummer Will Thomas. Here she is live with Jason Narducy as Verbow. Here she is live with Jarboe. Here she is backing Bob Mould. Here she is performing a Zeppelin tune with Krista Franklin. Here she is talking about rock vs. classical, her effects pedals, and playing with an amp. To give you a taste of her heavy metal session work, here's a song she plays on by The Skull and one by Disturbed. She also plays on this song by Poi Dog Pondering and this one by Rachel Grimes.