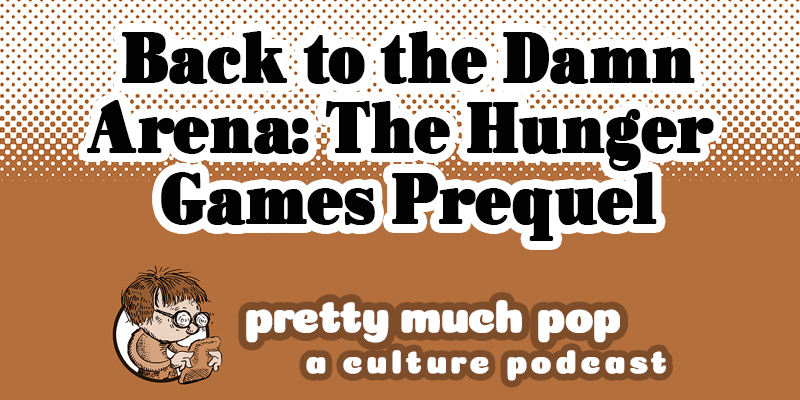 Remember when The Hunger Games was everywhere? Its author Suzanne Collins has decided that young people could benefit from more exploration of Just War Theory through the world of Panem, and so has published The Ballad of Songbirds and Snakes, a prequel covering the early years of future president Coriolanus Snow during the 10th Hunger Games.

Mark, Erica, and Brian give their spoiler-free reviews of the new book and look back on the original book trilogy and its adaptation into four films (and do spoil those, in case you want to go watch them). We talk about what makes these novels "YA," the function of adapting them to film, and the limits of the franchise's premise and world-building. Does the work critique yet glorify violence at the same time? Will the film version of the new novel be our next Phantom Menace?

Some articles we looked at included: